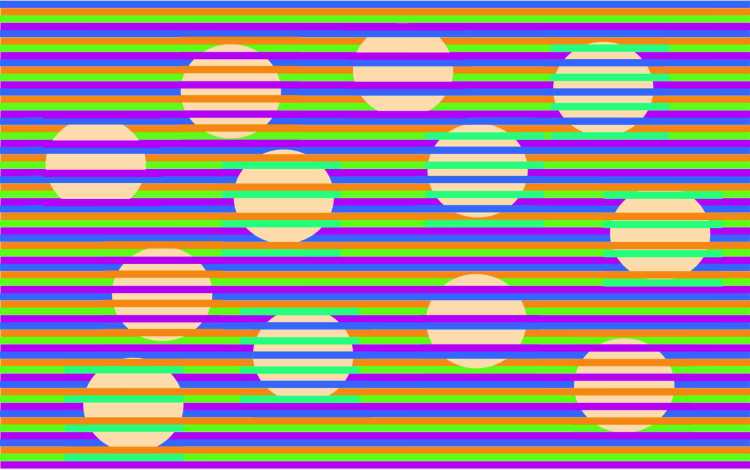 Abrikozenmosterd posted a somewhat dizzying, vivid visual illusion that encourages the human mind to perceive dots of the exact same color as four different hues when placed against a multi-colored striped background. This is known as a Munker Illusion, which, according to optical illusion expert Michael Bach, leads the brain to organize information according to the perceived luminance of the object.

This illusion shows how much the perception of color is influenced by the neighborhood. The keyword here is assimilation. Closely related is the Munker-White illusion which shows strong luminance shifts.