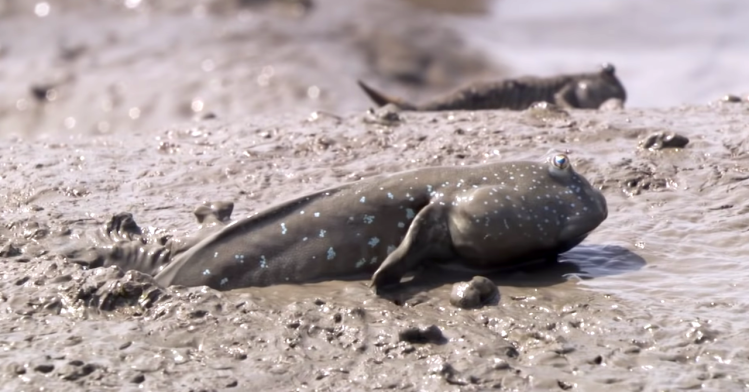 In a seaside clip from the BBC series Life, legendary host Sir David Attenborough (previously) talks about the amazing mudskipper, an amphibious fish that not only can, but prefers to walk on land. Attenborough explains how the mudskipper is able to live outside water, how they keep cool during hot days, how they seek out mates and how they avoid enemies of both land and sea.

A mudskipper – a fish that spends most of its life out of the sea. It can walk on land and breathe air Its life is very different from that of most fish. A fish out of water maybe, but they thrive here in Japan. So what’s made this upheaval worthwhile the answer lies in the mud.

We previously wrote about these unusual fish as narrated by Ze Frank.