YouTuber Tyler Hudson created “Mosby’s Motto“, a really touching short film about his beautiful but goofy German shepherd with whom he found he had a great deal in common in terms of daily life. Yet despite these similarities, Hudson noted one significant difference that offered him a great deal of inspiration during his time spent unemployed.

so I’ve been noticing lately that I have a lot in common with my dog. He eats when I eat, he naps when I nap we drink the same water and we sit on the same couch. … I find the main difference between us is that, while I feel burdened, he is just happy to be alive…it’s not that he’s perfect. I’ve seen him make mistakes. I’ve seen him lose motivation on multiple occasions, but he just changes his attitude and straddles a pillow and moves on with his life.

An adorable photo of Mosby as a puppy sitting upon Hudson’s shoulders. 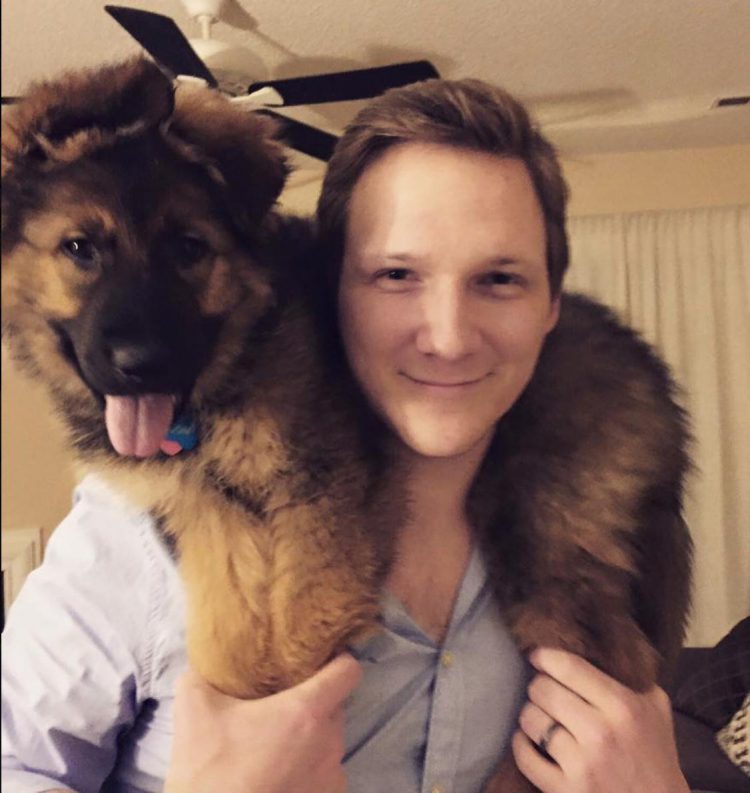