Monikers is a party game by Alex Hague and Justin Vickers that is essentially an updated and illustrated version of the classic game Celebrity. Celebrity is typically played by drawing slips of paper with names attached to them out of a hat and then the one that drew the name gives clues to their team based on said name. Monikers plays out in much the same way but with predetermined cards filled with names and some rules based on what can be done in certain rounds.

Monikers is currently raising funds via a Kickstarter crowdfunding campaign.

The concept is pretty simple: get your friends to guess a bunch of names printed on a set of cards. Each round has different rules about how you can give clues. In the first round, you can say anything you want. In the second, you can only use one word. And in the third, you can only do charades. It works really well, because the same cards are used in each round, so by the end of the game, you’ve made up a bunch of hilarious jokes together. 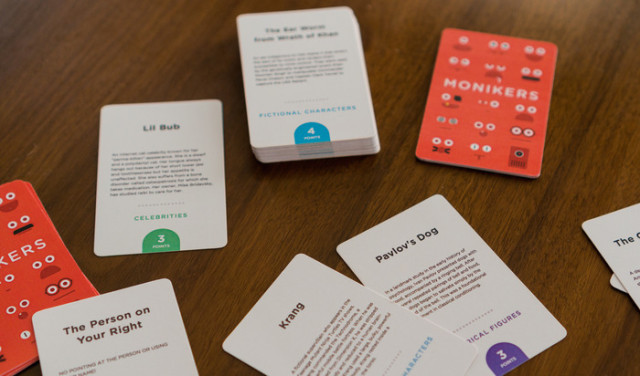 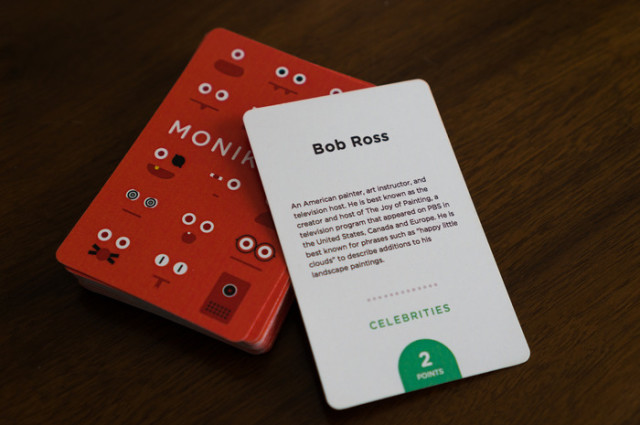 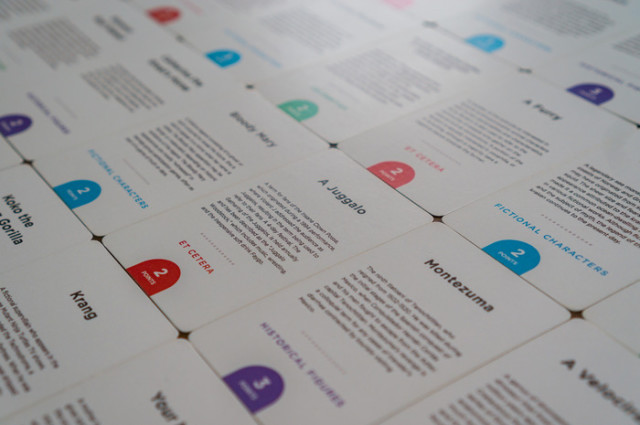 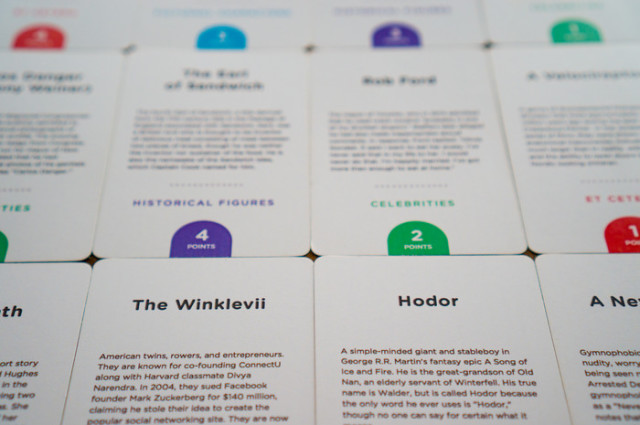