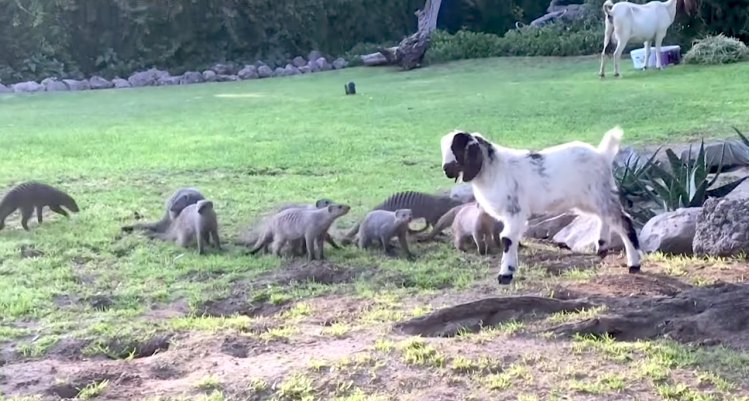 An adorable baby goat named Abel at the Harnas Wildlife Foundation in Namibia, Africa, bravely stood his ground while a mob of very playful banded mongooses tried to chase him away. The little gang of herpestes hilariously followed closely behind Able and then scattered when he turned around. The hircine youngster seemed to tolerate it for a bit but when he was done, he was really done. This was further in indicated by his gallup over to the nearest human.

Abel, our baby goat is standing his ground against the mongoose gang!

Here’s some footage of the mongooses playing by themselves. As evidenced by their impishly stubborn manners, it’s clear that they didn’t mean Abel any harm, they just can’t help but be the mischievous little creatures that they are.