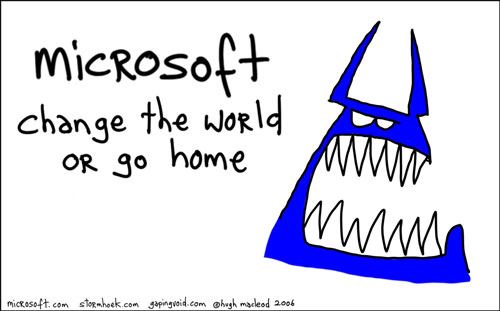 Speaking of Yahoo!, according to the New York Post, Microsoft is considering acquiring Yahoo! in what could be a $50 billion deal. Well that certainly would mix things up a bit. Wall Street likes the idea, Yahoo! stock (YHOO) is up over 18%.

Of course the goal here is that the combined strength of Microsoft and Yahoo! would then allow them to take on Google head-to-head.

The Wall Street Journal said executives of the two companies are looking at a merger or some other kind of matchup and said the talks appear to be early-stage discussions. It said the companies explored the idea of combining last year but the talks led nowhere.

Interesting, The Wall Street Journal is reporting the news as merger talks between the two companies, instead of an outright purchase by Microsoft. Let’s see how their respective PR machines end up spinning all of this.

UPDATE: According to Ryan Block, there is no deal currently in the works.