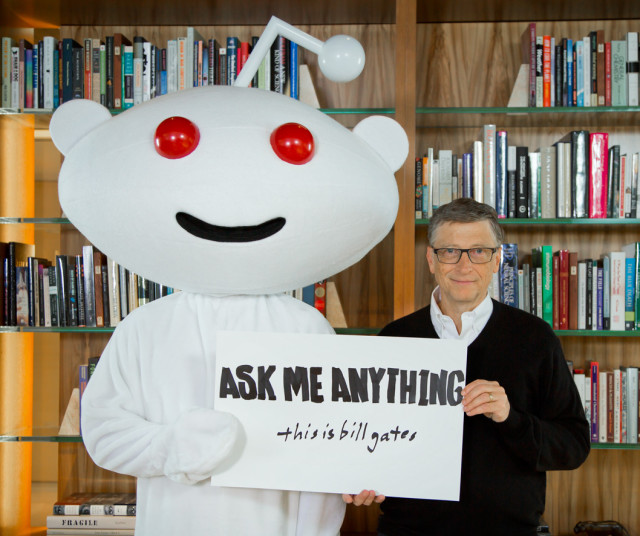 Microsoft co-founder Bill Gates took to reddit yesterday to partake in a second AMA, or Ask Me Anything, where users submit questions and general commentary for the poster to sift through and respond.

Gates answered questions ranging from interesting hobbies, who his role model is, and what he would have done if he didn’t found Microsoft. The whole thread is available on reddit.

SuddenlyCarlSagan: Besides improving the education system in the U.S., what do you believe is the next big issue that we need to address domestically?

thisisbillgates: Education would be the top issue since it is key to individual opportunity and to the country as a whole and we are not doing as well as other countries. After that I would say immigration since the injustice of the current system is incredible.