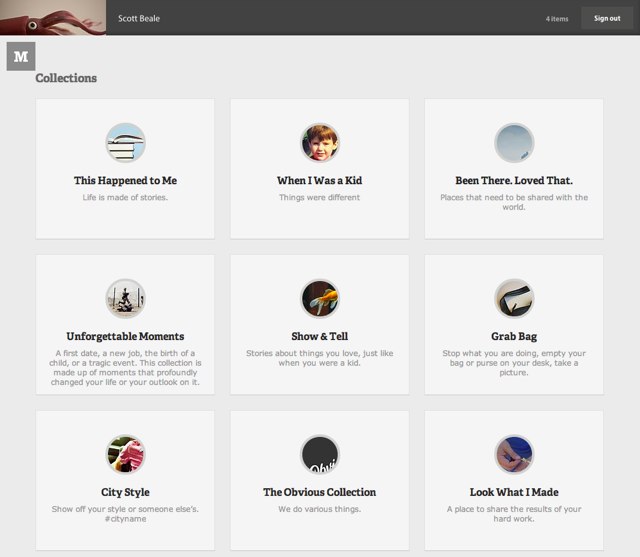 Medium is a new publishing platform that has just been launched by The Obvious Corporation, the incubator run Evan Williams (founder of Blogger & co-founder of Twitter) and Biz Stone (co-founder of Twitter) that originally produced Twitter. Medium is currently invite only for contributors, but some of the content is publicly available.

The Obvious Corporation decided to take on the project of building a new publishing platform from scratch, not just because it’s in our wheelhouse, but because we believe publishing—and media, more broadly—is important. It’s easy to forget this given how much pointless and destructive media is in the world. But there’s also more great stuff than ever before—and we haven’t even scratched the surface of what our smart devices and our networks that connect most of the planet might enable. 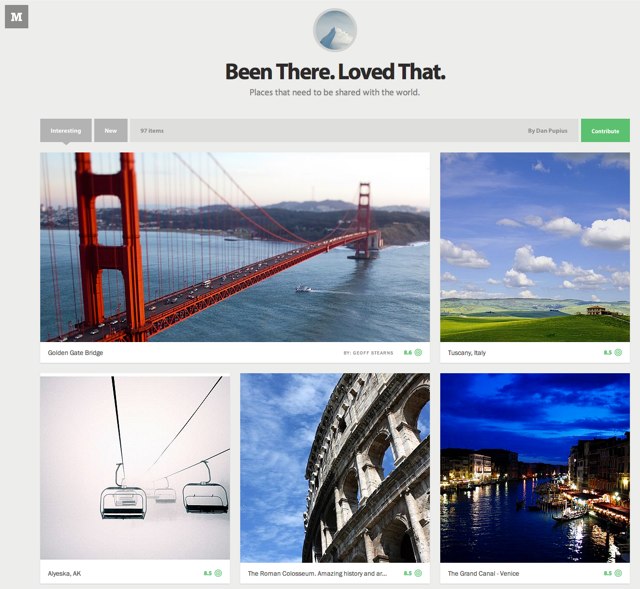 The content is organized in collections created by users that are based on a theme, which can be viewed by top items voted on as “interesting” or by new items added to the collection. 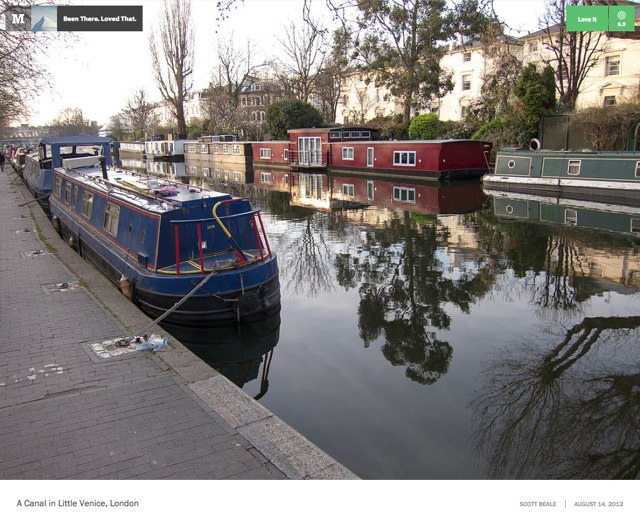 I’ve been playing around with it a bit and it’s really quite nice. I especially like the large format they use for photos. You can see a few of my photos in the Been There. Loved That., Concrete Canvas and Ruinophilia collections.