During an episode of Super-Fan Builds (previously), designer/master builder Tim Baker and his team at Tim Baker Creations granted the wish of viewer Jessa Day to build a fish tank in the style of the “City of Rapture” from the game BioShock for her super-fan best friend Courtney King. The team decided on incorporating the three of the game’s main characters: a Big Daddy, a Little Sister and Jack in the distinctive mid-century style of the game.

The background is going to be the Rapture Colony. I can do a Photoshop painting and set up the whole city in the background and then inside, there will be one of those tunnels that connect all those buildings. In the front, we can do a proscenium arch in that Art Deco theme that they’ve going on in the game, we can do some figure sculpts on the sides. …The Bioshock Aquarium will be approached in three separate parts. We will be sculpting a Big Daddy with a light-up helmet and a rotating hand drill, a Little Sister and the main protagonist Jack. 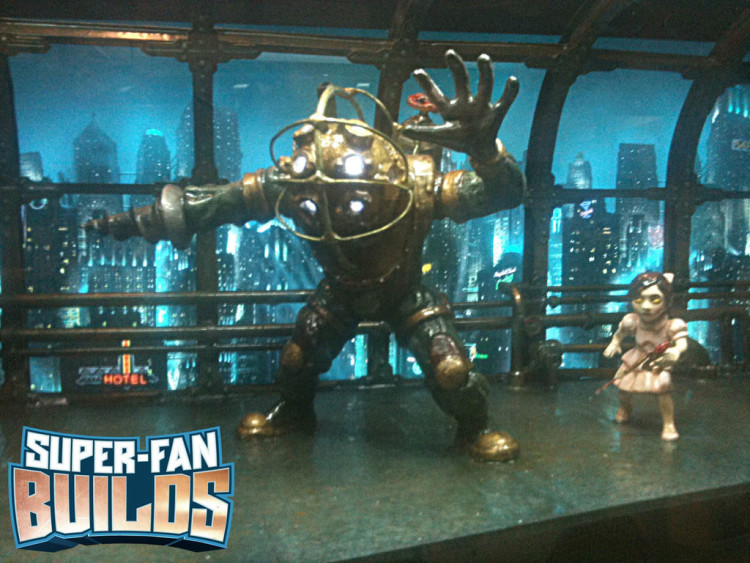 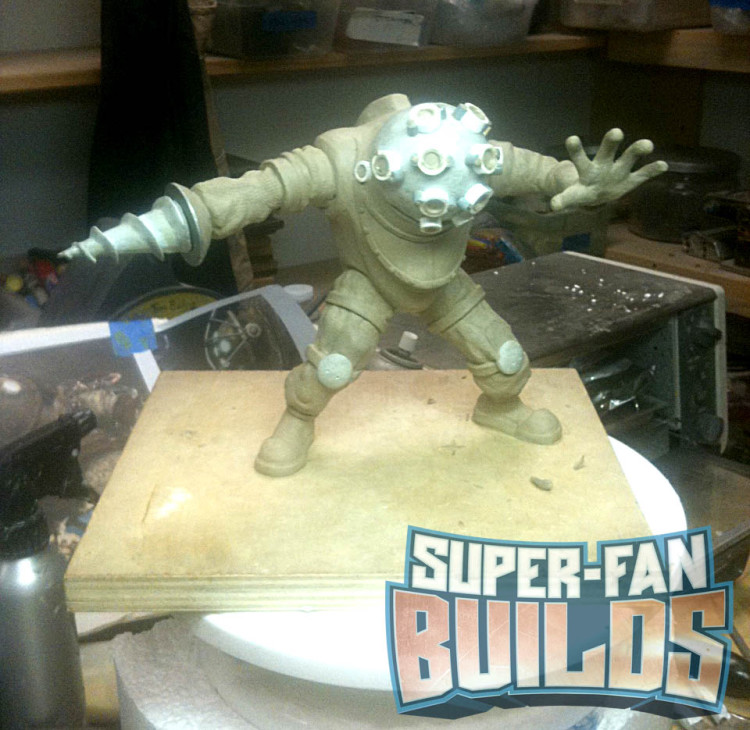