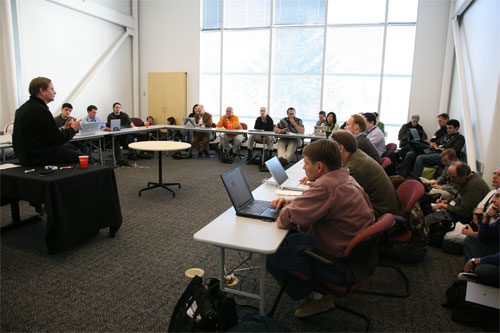 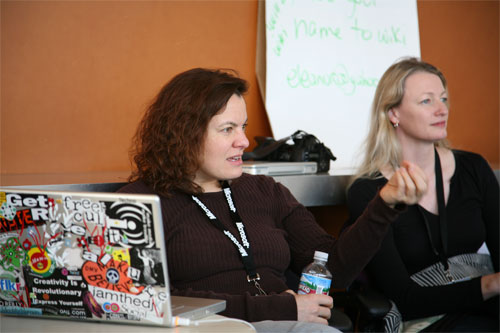 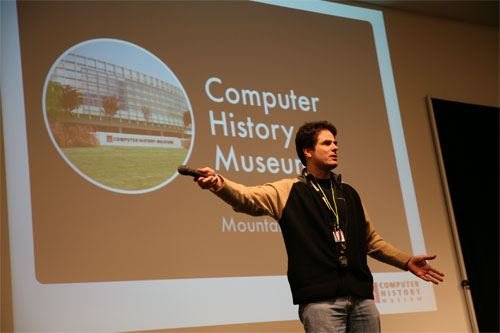 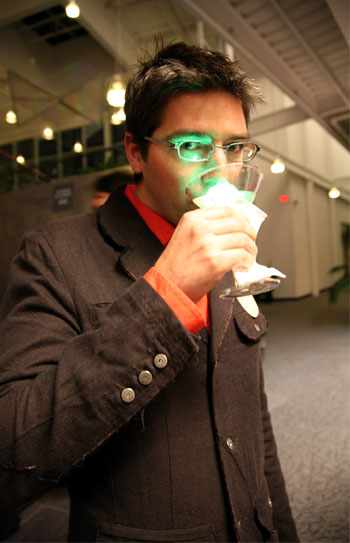 The xCamp meme continues. Today was the first day of MashupCamp, a two day long unconference at the Computer History Museum in Mountain View which was all about mashups and attended by API providers, enablers and observers. The full schedule consisted of talks and group sessions, with an award for the best mashup to be given out at the end of the event (voted on by attendees using wooden nickels). Today ended with a great talk by Peter Hirshberg on the history computer marketing, followed by a party and museum open house. MashupCamp was organized by David Berlind and Doug Gold, with help from Doc Searls, Mary Hodder and many others. Here are the photos I shot today.

What is a mashup? Chances are, if you ask two people-in-the-know what mashup is, you’ll get different answers. Beauty is definitely in the eyes of the beholder. But, generally speaking, mashups are user experiences that represent the merger or “mashing up” of two or more separate original sources. In the context of music, a mashup may draw from multiple songs to arrive at something that’s unique, entertaining, and that may appeal to a completely different audience than the ones that any of the original sources appealed to. In the context of software, a mashup may draw from multiple sources on the Web such as a mapping service from one source and a database from another (where each entry in that database comes with an address or global positioning system location) to produce a unique, graphical Web-based application that visually plots the location that’s associated with each record in the database.

There was so much interest for MashupCamp that there was a waiting list and an overflow event, MuchoCamp, at the SocialText headquarters (home to the first BarCamp) in Palo Alto. Niall Kennedy and I took a trip over to MuchoCamp, but it was pretty much JonasCamp when we got there. On our way back to MashupCamp, we stopped by the new offices of Meebo, which is next door to SocialText.

Plans for the next MashupCamp are already underway.

UPDATE: Here are my photos from the Visible Storage area of the Computer History Museum.