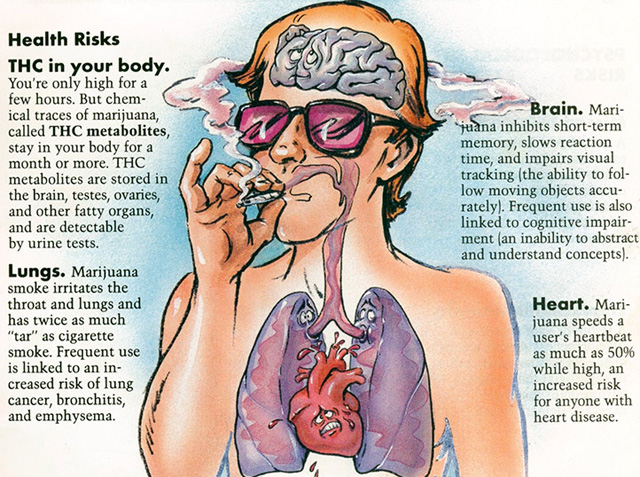 For 4/20, I thought it would be fun to share images from the heavily-illustrated Marijuana: A Second Look at a Drug of Isolation, an anti-drug booklet published in 1987 by Krames Communications. All of the booklet’s unintentionally humorous images can be found at my Flickr page. In a similar vein, you may remember these two past drug-related posts I wrote: 1960s Narcotics and Dangerous Drugs Kit and A Rare Look Inside a Commercial Medical Marijuana Growing Operation.

With the dramatic increase in marijuana’s potency, the jury’s now in. Marijuana is no longer seen as an “innocent” drug.

Clear away the myths and haze around marijuana and you’ll see: marijuana is a concern for everyone, in the family, in school, and on the job. Second only to alcohol as America’s drug of choice, marijuana is no longer seen as “harmless.” It’s a drug worth a second look.