During a 1975 episode of Mister Rogers’ Neighborhood, former kindergarten teacher and actress Margaret Hamilton, who convincingly portrayed the “Wicked Witch of the West” in the 1939 film The Wizard of Oz quite affably visited with Mister Rogers on set.

Hamilton talked about what fun she had as a child dressing up as a witch, so when this role came along, she knew it was right for her. Hamilton also put on the same witch costume she wore in the film in order to show the young audience that she was still the same kind person underneath. 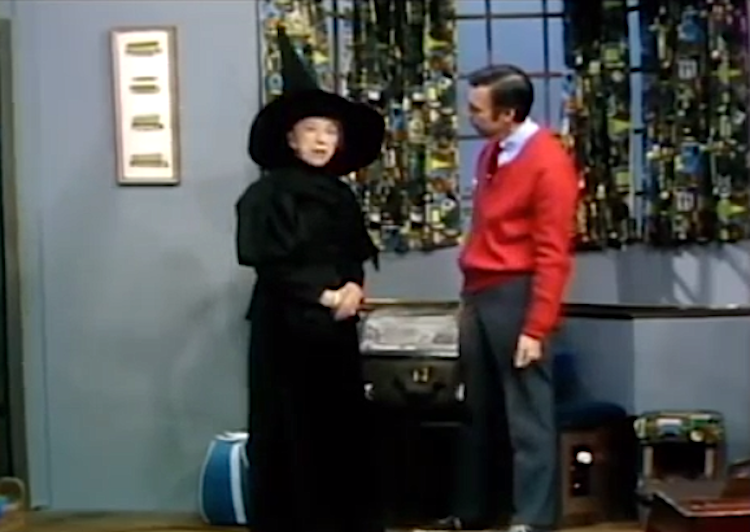