Martin Molin (previously) of the band Wintergatan and creator of the incredible Marble Machine X, was concerned that his instrument was vibrating too much, causing too many marbles were missing their marks. Molin spent three days studying every angle and determined that he needed to increase mass and structure in order to get the machine playing as he truly wished. 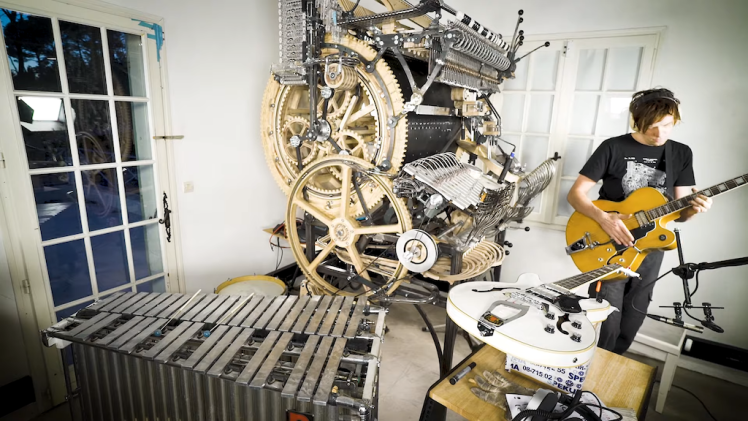 Once Molin was satisfied with all his repairs, the instrument played with an amazing 30,000 marbles over the course of four hours. During the last five minutes of the test, the instrument six marbles. Molin vowed to perfect the machine for the next challenge.

Look at me smiling there. I’m so happy at this moment; there are only five minutes left of the whole marble test. I’m just preparing the microphone to announce to you the 100 percent reliability, zero fails and 30 000 marbles played, and all of a sudden behind my back I hear a sound.