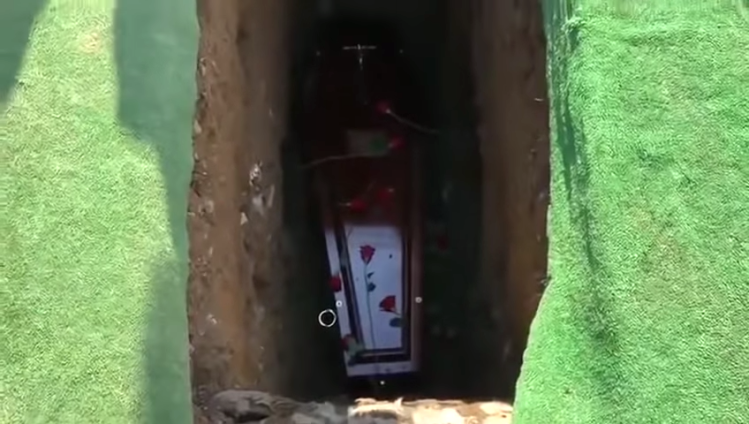 While funerals are rarely a time for laughter, however, Shay Bradley of Dublin, Ireland wanted his family and friends to remember him as he was in life – a loving, gregarious man whose generosity of spirit affected all those around him.

When Bradley found out he was ill, he recorded a hilarious scenario pretending that he was still alive and wanted to be let of the box and specifically requested that the recording be played before his burial. His daughter Andrea stated that it was his dying wish to have his loved ones say goodbye to him with laughter.

Here is a picture of the legend himself. My dad, Shay Bradley. It was his dying wish that we played this at his funeral. What a man…. To make us all laugh when we were incredibly sad….. He was some man for one man…. Love you forever Poppabear #Shayslastlaugh pic.twitter.com/YkG2ecKAaL