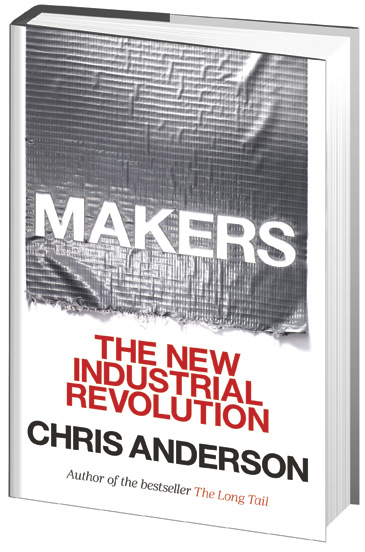 In Makers: The New Industrial Revolution, author and Wired editor-in-chief Chris Anderson takes an in-depth look at desktop manufacturing and the flourishing maker movement. Anderson argues that makers, empowered by the web, 3D printing, crowdfunding, and other innovations will compete directly with mass manufacturing and play a major role in the economy of tomorrow.

Just as the Web ended the monopoly of mass media, so it is now ending the monopoly of mass manufacturing. Over the next ten years, Anderson explains, countless micro-manufacturers, based on open-source design and DIY manufacturing, will help drive the next big movement in the global economy as the power of bytes—the Long Tail—is transformed into the power to make things again, the Long Tail of things.