The M^3 (The Michigan Micro Mote) is a tiny autonomous computer created by a team of researchers at the University of Michigan, led by professor David Blaauw, that is roughly the size of a grain of rice–small enough to sit on the edge of a nickel. The tiny computer–currently being referred to as the world’s smallest–can take pictures, read temperatures, and record pressure. Among other potential uses, the M^3’s creators see the tiny computer as a potential method for making sure people never lose track of valuable items. 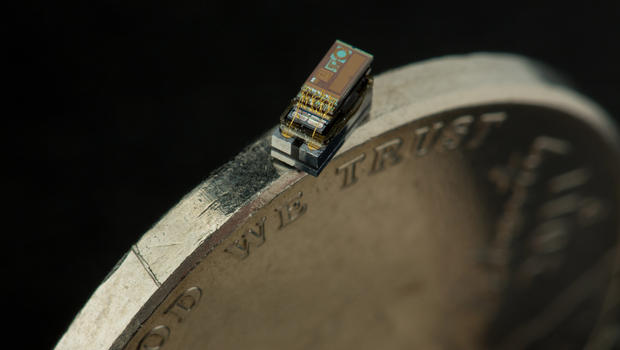