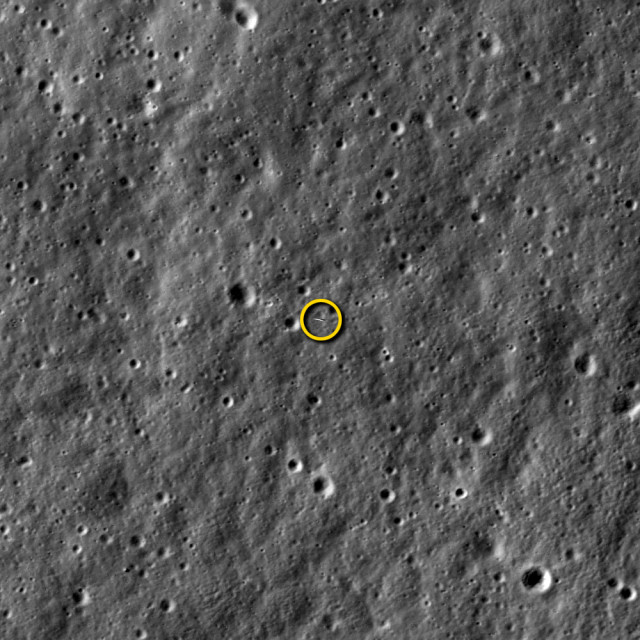 On January 15th, NASA’s Lunar Reconnaissance Orbiter (LRO) passed within nine kilometers of the Lunar Atmosphere and Dust Environment Explorer (LADEE) and managed to snap a picture of the craft using its Narrow Angle Cameras (NACs) with which it is equipped as part of the Lunar Reconnaissance Orbiter Camera (LROC). Given that LRO travels in a south-to-north polar orbit, and LADEE in an east-to-west equatorial orbit, it’s a complicated accomplishment.

Since LROC is a push-broom imager, it builds up an image one line at a time, thus catching a target as small and fast as LADEE is tricky! Both spacecraft are orbiting the Moon with velocities near 1600 meters per second (3600 mph), so timing and pointing of LRO needs to be nearly perfect to capture LADEE in an LROC image.

LRO, launched in June 2009, was originally intended to map the lunar surface, but has since expanded to other scientific duties. LADEE, launched in September 2013, is designed to study the lunar dust environment as well as the Moon’s exosphere.