LEGO and Bugatti have achieved what was thought to be impossible. Using their LEGO Bugatti Chiron kit as a guide, the engineers at LEGO Technic created an incredible life-size 1:1 replica of the famed luxury sportscar. These engineers, however, were not content to have it just sit still and look pretty (which it does), so they put a 5.3hp LEGO engine inside the replica and invited legendary racer and Bugatti test driver Andy Wallace to take it out for a spin. Wallace attached the steering wheel and away he went, driving down the Ehra Lessien test track in a Bugatti Chiron completely made from LEGO technology and “Built for Real”.

It’s one thing to dream of creating a 1:1 drivable Bugatti Chiron in LEGO Technic, it’s another to make it actually happen. Months of development and testing came to a head in June on the Ehra Lessien test track outside Wolfsburg, Germany – the same track where the original Bugatti Chiron was tested – when we found out if the car would actually drive. We were even more excited when Bugatti’s official test driver and former Le Mans winner, Andy Wallace, agreed to test drive the Technic version of the Chiron on its first drive. 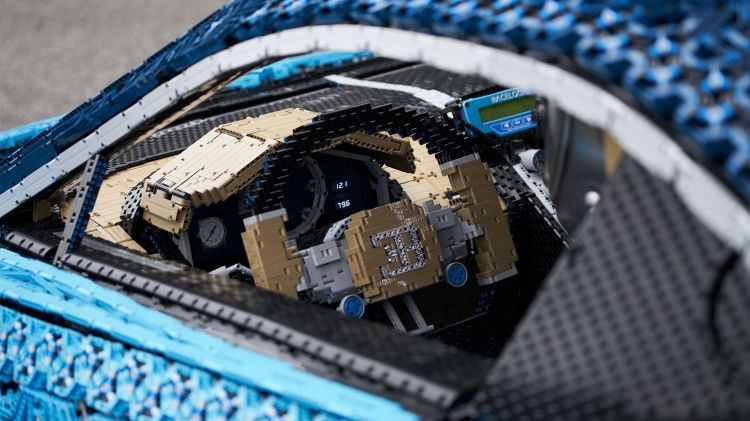