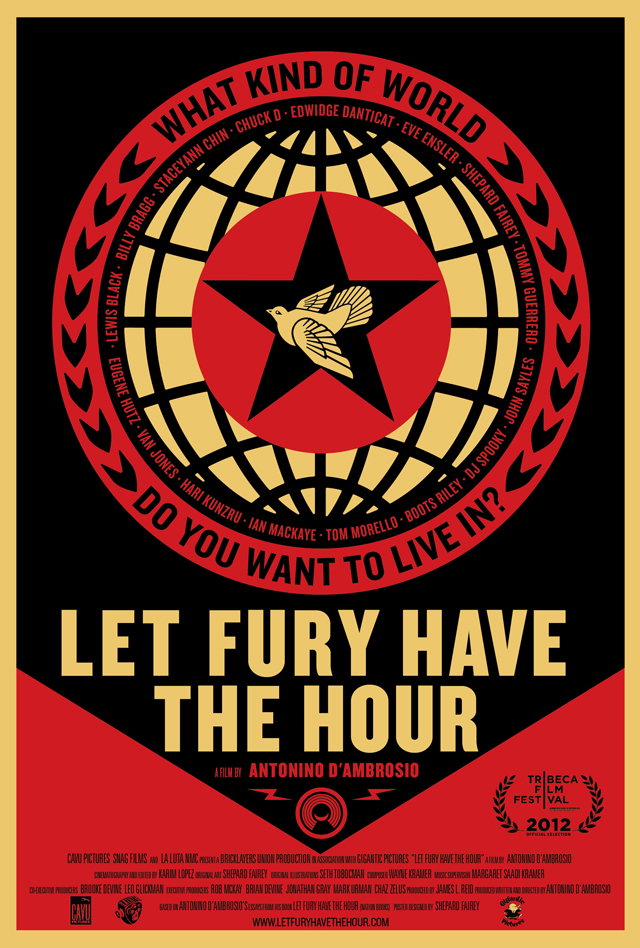 The upcoming documentary Let Fury Have the Hour from author and filmmaker Antonino D’Ambrosio and Cavu Pictures features 50 influential creatives (artists, musicians, filmmakers and more) who each share stories of how they turned anger and hate in our society into art and ideas. It was an Official Selection of the 2012 Tribeca Film Festival Spotlight Series. The documentary is set to be released on December 14th in New York and on January 25th in Los Angeles. Artist Shepard Fairey created the official theatrical poster (as seen above), which debuted on Moviefone.com.

Rough, raw and unapologetically inspirational, “Let Fury Have The Hour” is a charged journey into the heart of the creative counter-culture in 2012. In a time of global challenges, big questions and by-the-numbers politics, this upbeat, outspoken film tracks the story of the artists, writers, thinkers and musicians who have gone underground to re-imagine the world – honing in on equality, community and engaged creativity – in exuberantly paradigm-busting ways. 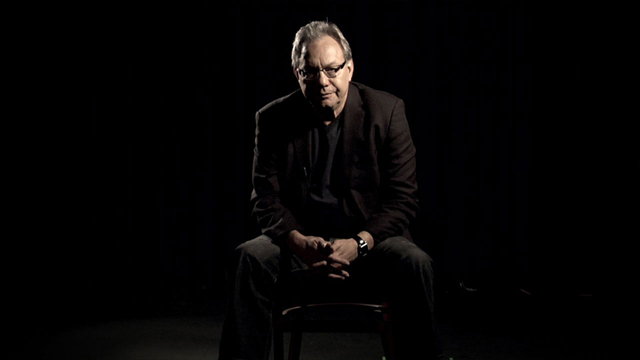 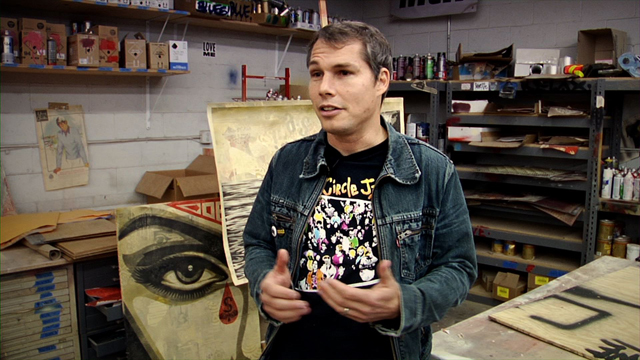 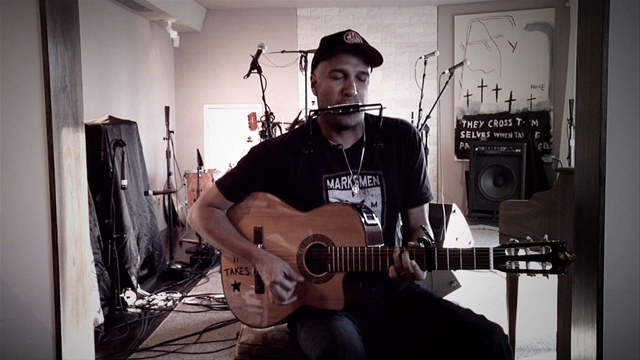