Leon Trotsky, a tiny piglet whose legs were crushed when his mother fell on him, was given a new lease on life when he was rescued by Edgar’s Mission, an animal sanctuary in Victoria, Australia. Because so much damage was done to his legs, Leon was fitted with a cart that kept him upright and moving, keeping up with his friend Frostie the snow goat who has a matching set of wheels.

Just moments after he trotter-stepped his way into our world, this wee little piglet wasted no time in trotting on into the hearts of thousands of people worldwide. He is as brave as he is adorable and he is leading a revolution all of his own! He is Leon Trotsky, otherwise affectionately known as The Pig on Wheels; once destined for the dinner table when, in a sad and ironic twist, the accident that both caused his injury and claimed the lives of his two siblings was to become his saving grace…When his injured mother fell on Leon, he suffered a broken and dislocated right hind femur, along with an injured hock and ligament damage on the other side. With these horrific injuries, things could not have looked much grimmer for the wee chap. But no one told the plucky little Leon that these obstacles of his world should hold him back. His life was precious, and thankfully this was recognised by a kind hearted soul who sought a better outcome for Leon. 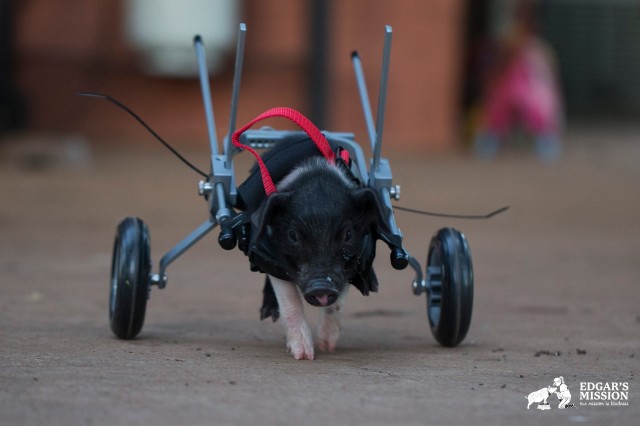 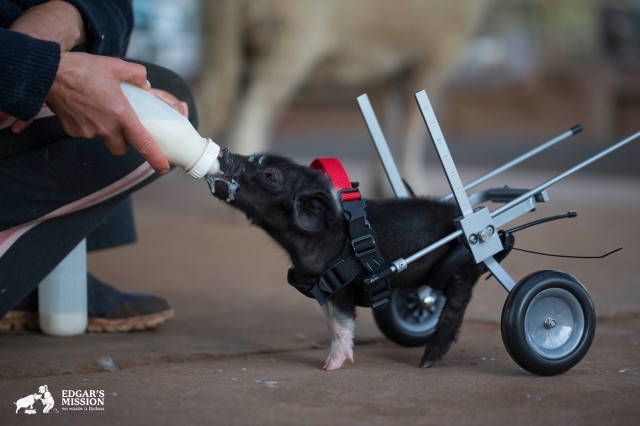 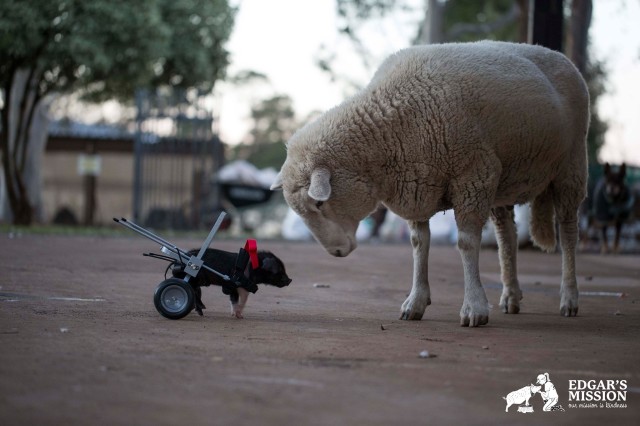 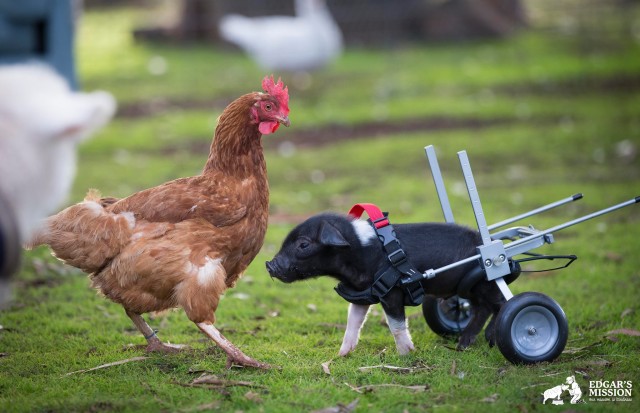 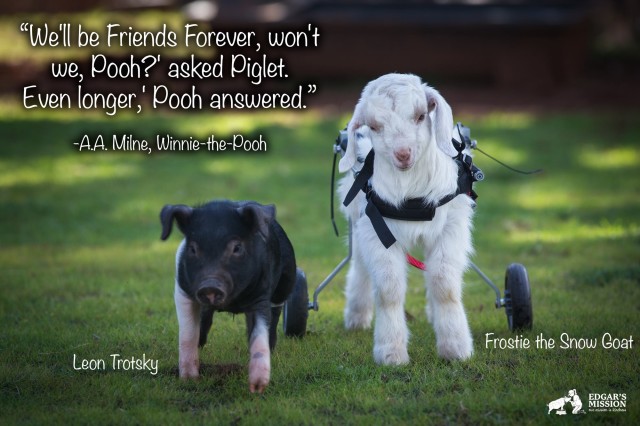