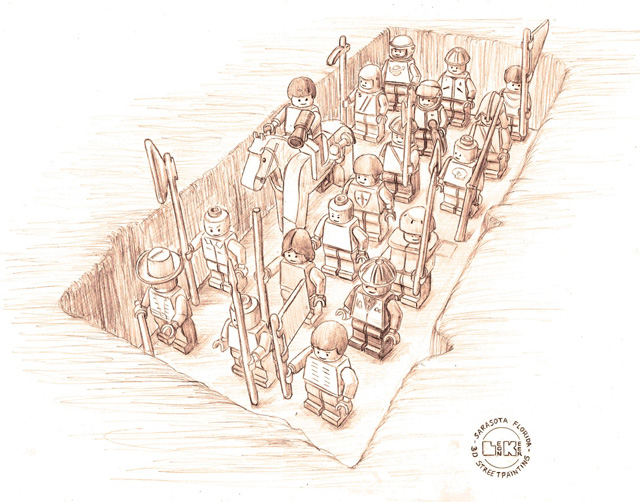 Planet Streetpainting, a Dutch chalk art collective made up of street artists, created this amazing 3D street painting of a LEGO Terracotta Army for the Sarasota Chalk Festival in Florida. According to Leon Keer of Planet Streetpainting, the art is “inspired by the Terracotta Army of Qin Shi Huang, the first emperor of China”. Of course, his army men weren’t made of LEGOs.