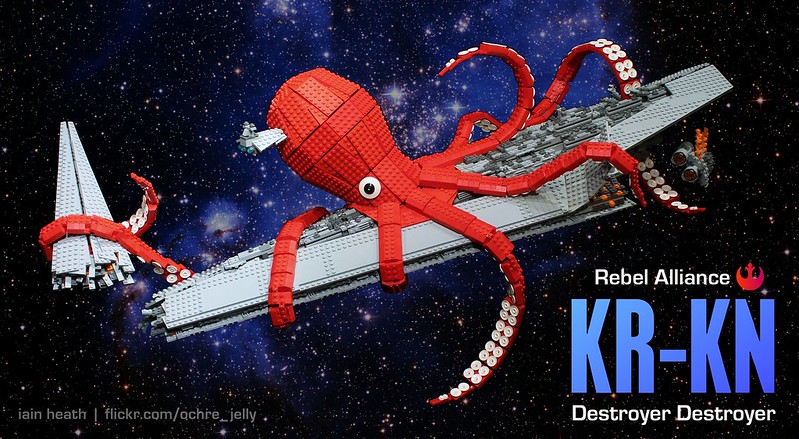 LEGO builder Iain Heath (aka “Ochre Jelly”) has created an incredible model out of LEGO bricks that displays a monstrous space kraken demolishing a Star Wars Super Star Detroyer. It was first introduced to the public at Emerald City Comicon this year and is now on display at Tableau Software in Seattle. We previously posted about Iain Heath and his LEGO version of Tard the Grumpy Cat.

The LEGO Super Star Destroyer has a bad rap as a big dull gray set. I decided to change that…

After the death of the Emperor Palpatine and Lord Vader, the Empire made a last ditch attempt to thwart their enemies by rushing to complete their fleet of Venator class super star destroyers. However, by the time these vessels could be deployed, the Rebel Alliance had already developed its own super weapon, designation KR-KN.

The Legend of the KR-KN: A rare species of Space Kraken, known to exist only in the vast Dreighton Nebula, were sought out using the the Jedi’s most powerful clairvoyants, and brought under the Alliance’s control by flying super-computers directly into their brains. Many brave Ewok pilots were unwillingly sacrificed to accomplish this difficult task. Far from being cruel to the Kraken, this arrangement was completely symbiotic, as the creatures had evolved to prey on starships, their diet being composed entirely of metals such as quadanium steel. 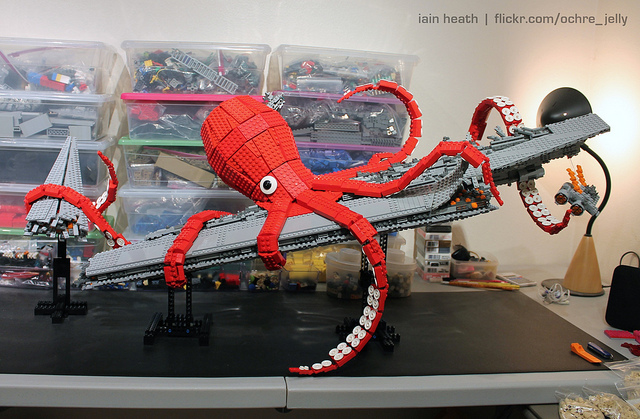 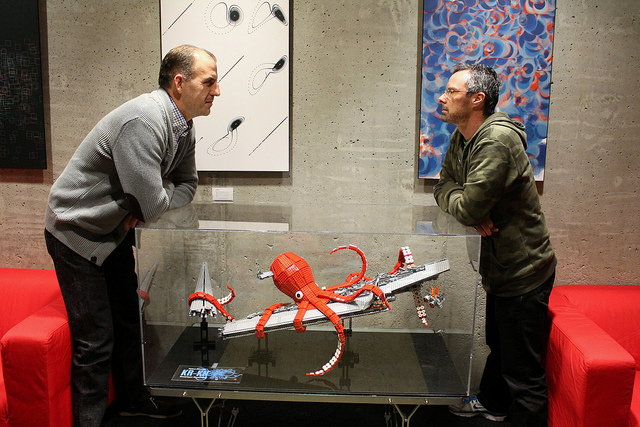 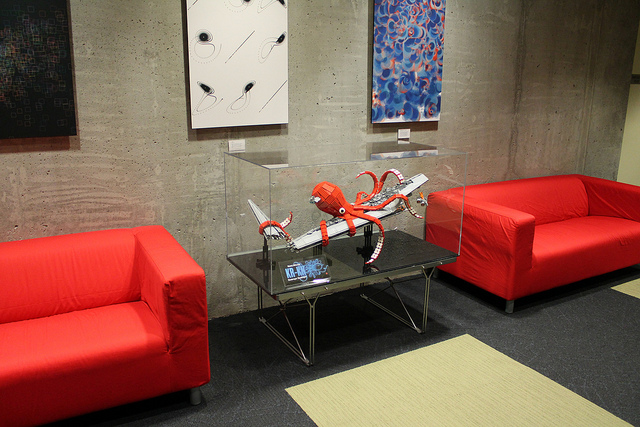