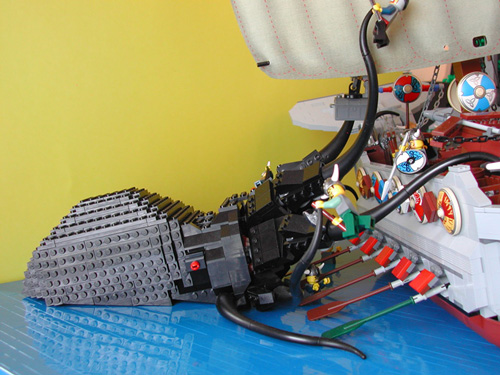 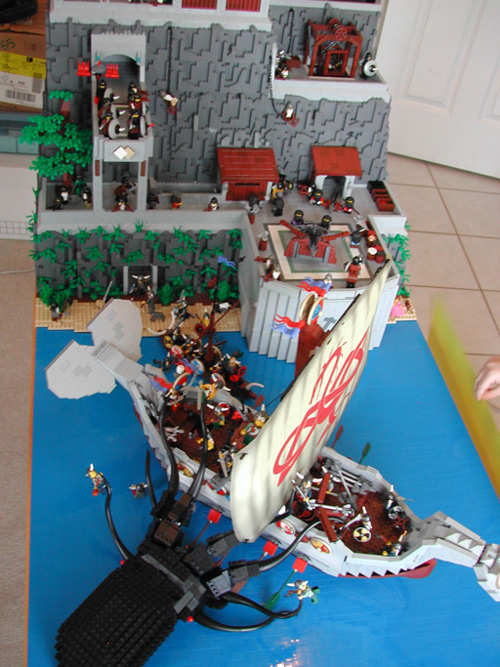 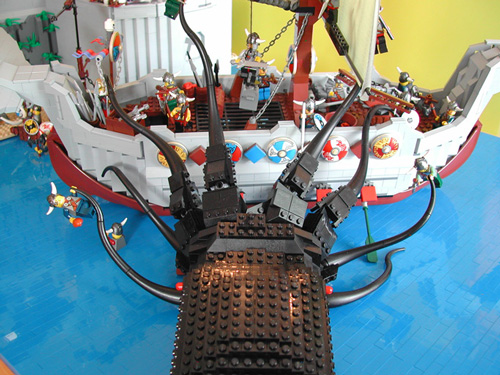 “When The Kraken Awakes” is an amazing Lego diorama featuring a Kraken (giant squid) defending a Dwarf castle against a from a Viking war ship. This epic battle scene was constructed by Paul (Fifth Conspiracy) and his son over a period of 8 months in 2006.

In an alternate netherworld dimension, the book of the dead ~ the necronomicon, has thrust Vikings, Centaurs, Dwarves and other creatures of horrid evil into battle as they relentlessly pursue strongholds of middle-earth. Shazam!!!

Thanks to Mary for the tip!