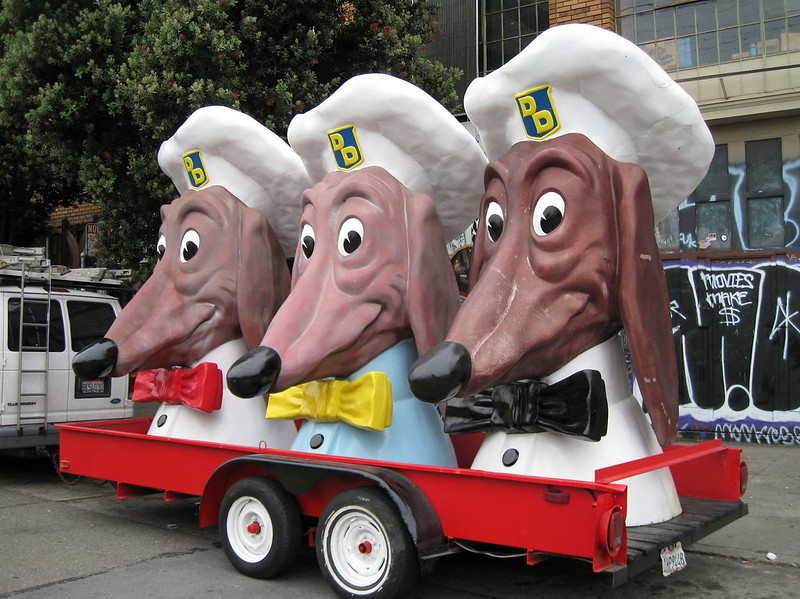 Thanks to everyone who came out to Laughing Squid Lucky 13, I can’t think of a better way to have celebrated my birthday and 13 great years of Laughing Squid. Here are some photos by Steve Rhodes Here are a few photos I shot during the setup of the party. I also shot a few short videos of Extra Action Marching Band, our surprise special guest that close out the party with a bang.

We would like to thank everyone who help make this event such a great success, including our host and stage manager $teven Ra$pa and assistant stage manager Katy Bell, the folks from Mule Design Studio who brought you Battle Decks, Doctor Popular and Drown Radio with special guest MC Slutsky, the Yo-Yo King David Capurro, Mr. Lucky & The Cocktail Party (featuring Ralph Carney), Mr. Lonesome and The Bluebelles, The Cottontails, Allison Lovejoy, The Church of Frank Sinatra, Stilt Dancers, Super Gigi, Bianca Smut Shack, Chapek the Robot Bartender & R2-D2 courtesy of RoboGames, “Chassis” by Al Honig & Jonathan Foote, SWARM Orbs, “The ChakraTron” by Gaspo, TCHO, Electronic Frontier Foundation, The Long Now Foundation, Noonaco!, Light Painting by Supersnail, John Law & Doggie Diner Dog Heads and our surprise guest The Extra Action Marching Band for the best end to an event that we’ve ever had.