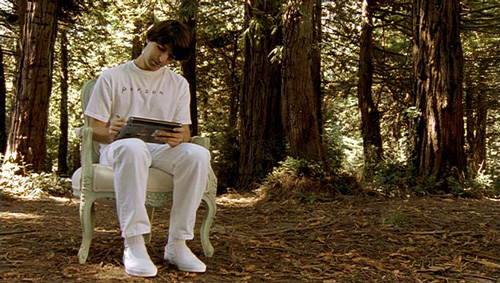 This is mainstream media week for Laughing Squid. First one of my photos was used in Time Magazine and now, Laughing Squid is referenced in today’s New York Times (January 30, 2007), Business Day page C4, in the article “Non-Celebrities on the Web, Seeming to Make Non-Pitches” by Patricia Winters Lauro. The story is about vague product advertising by lesser known personalities, including Microsoft’s recent “Clearification” campaign for Windows Vista featuring comedian Demetri Martin.

News of the clearification.com site was released in e-mail messages to influential blogs like laughingsquid.com and on video sites like YouTube.com. The site also lets visitors sign up for an alert to notify them when the latest webisode is released.

Slight correction here. Microsoft did not email me regarding the Clearification campaign like they did when the sent me the Windows Vista laptop. I simply came across the website online and wrote a blog post on Clearification because I thought it was a much more creative marking campaign than what you would normally expect from Microsoft.