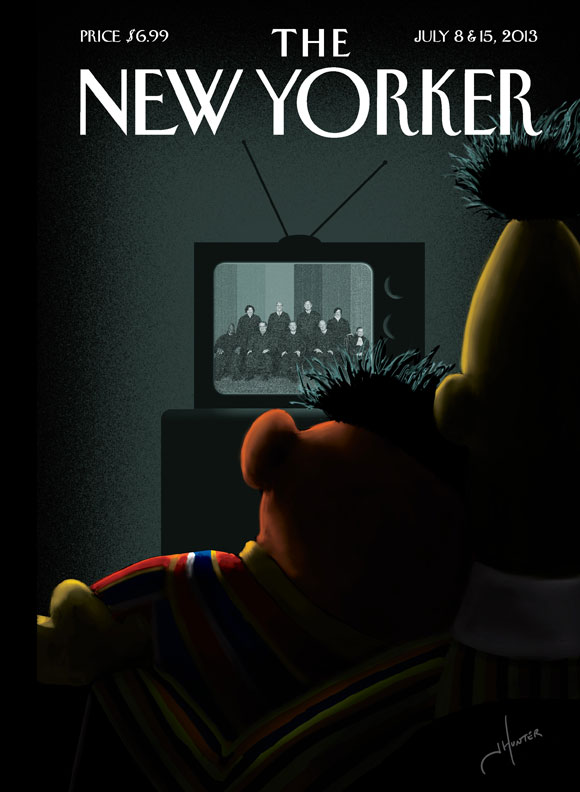 The July 8th and 15th cover of The New Yorker features an illustration titled “Moment of Joy” that depicts Sesame Street characters Bert and Ernie cuddling in front of a TV showing the Supreme Court of the United States. Artist Jack Hunter — who made the illustration in response to this week’s Supreme Court ruling that struck down the Defense of Marriage Act — said “It’s amazing to witness how attitudes on gay rights have evolved in my lifetime. This is great for our kids, a moment we can all celebrate.”

Bert and Ernie are best friends. They were created to teach preschoolers that people can be good friends with those who are very different from themselves.

Even though they are identified as male characters and possess many human traits and characteristics (as most Sesame Street Muppets™ do), they remain puppets, and do not have a sexual orientation.

image via The New Yorker