Legendary has released the first official trailer for Krampus, an upcoming comedy horror film about a dysfunctional family who accidentally unleash the wrath of Krampus on their Christmas holiday. The festive dark film, directed by Michael Dougherty, will star Allison Tolman, David Koechner, Emjay Anthony, Adam Scott, Toni Collette, and Stefania Owen. Krampus is scheduled to release in theaters on December 4, 2015.

When his dysfunctional family clashes over the holidays, young Max (Emjay Anthony) is disillusioned and turns his back on Christmas. Little does he know, this lack of festive spirit has unleashed the wrath of Krampus: a demonic force of ancient evil intent on punishing non-believers.

All hell breaks loose as beloved holiday icons take on a monstrous life of their own, laying siege to the fractured family’s home and forcing them to fight for each other if they hope to survive. 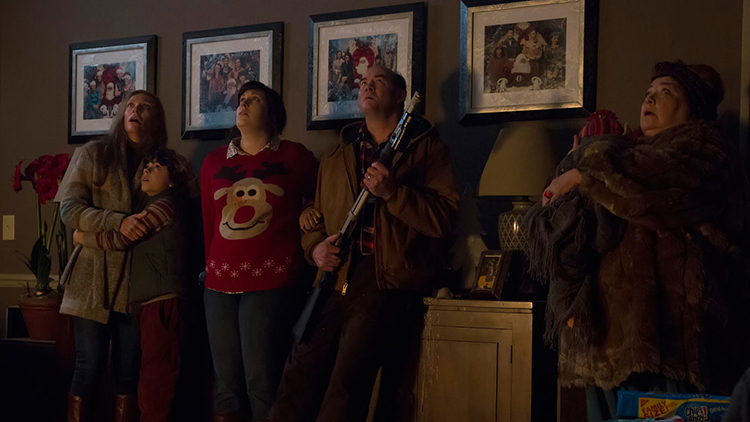 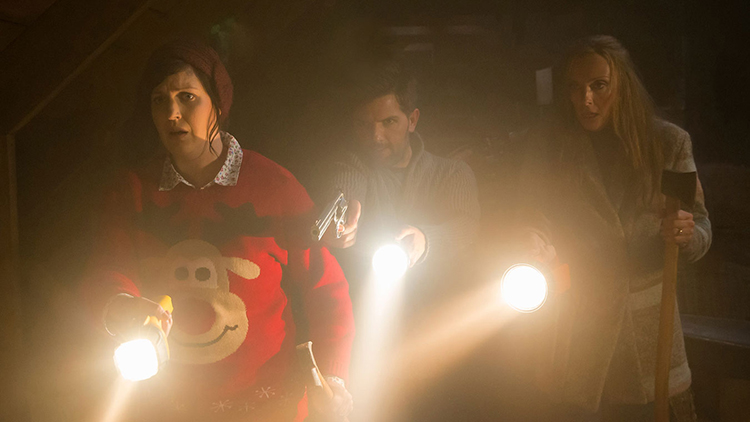 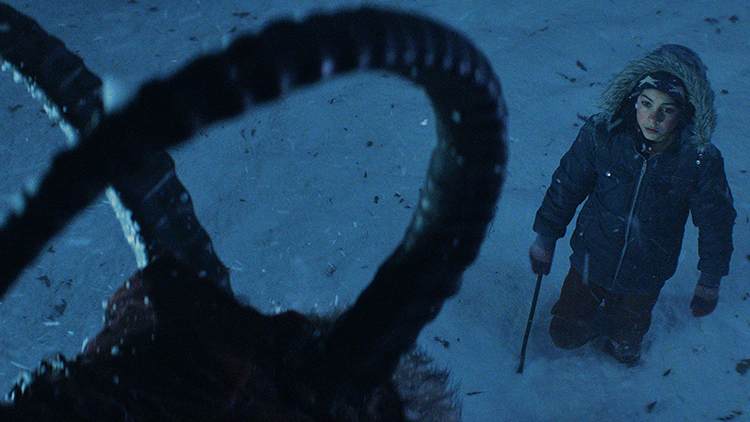 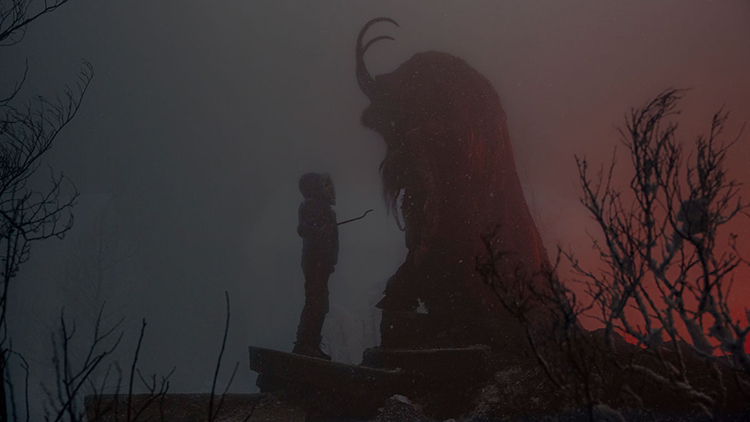 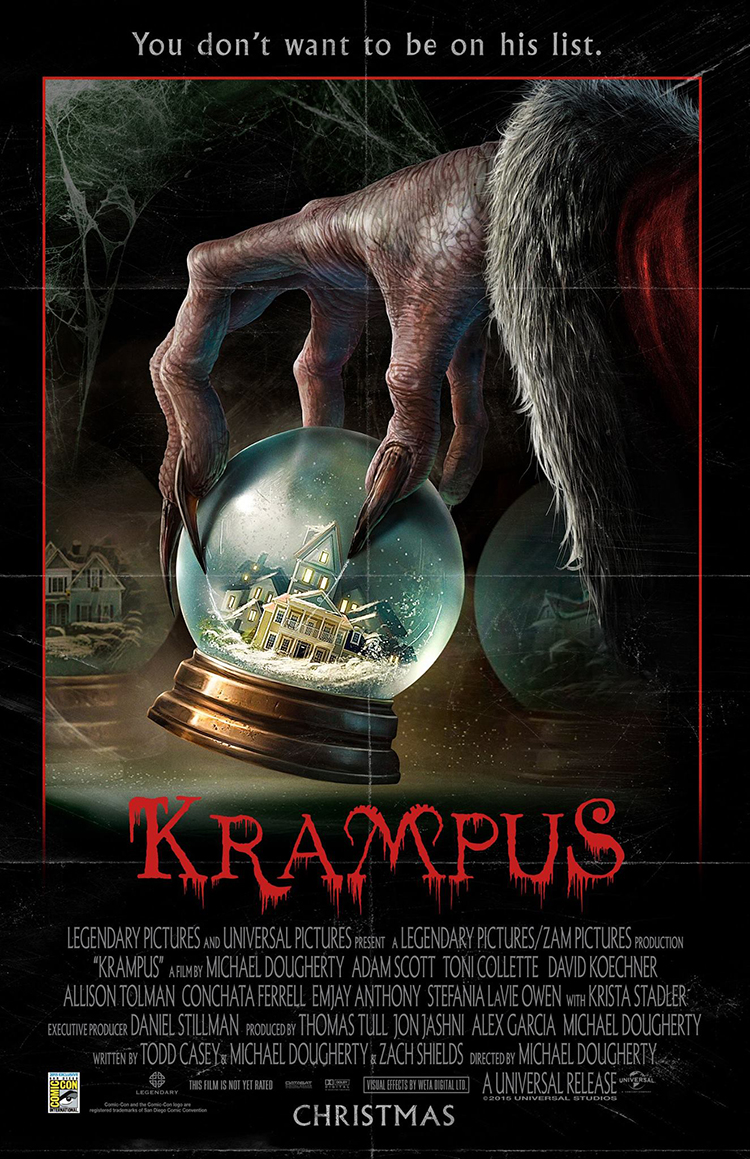