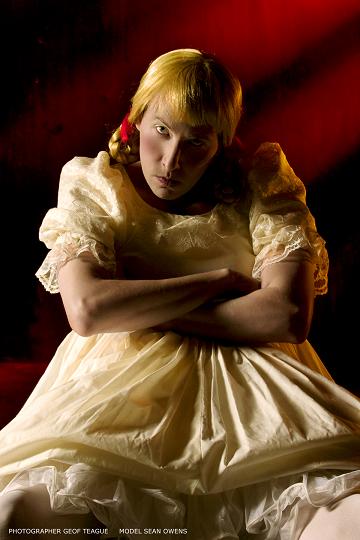 There’s always wonderful local theater going on in San Francisco (and the East Bay, see Scott’s recent post on Beowulf). This weekend a triple-play of campy thrillers The Attack of the Killer B-Movies opens a 2-week residence at The EXIT Theater.

The Killer B’s are live theatrical performances of 3 great movies from the past. Actually, The EXIT run consists of two stage versions of films and one “completely original” play that may bear some stylistic similarity to a film from another era–but it’s not, it’s new and original, anything else would require ceasure and desistance. Ahem.

The B’s just completed a successful run at The Dark Room theater in the Mission. The plays feature 12 actors (with a core group of five who appear in all 3 shows plus do all the writing and some directing) who bring this hat trick of retro thrills to life. Great acting, ingenious staging and well-executed projections & special effects make these low budget productions really engaging and hilarious.

These are all “killer” stories, in different ways. The Birds is an Alfred Hitchcock tale of spontaneous malevolence from the skies; in The Blob…. well who needs a plot summary for that? What about: The Blob blobs blobbily, townsfolk die utterly, gelatinous danger ensues.

And late entry The Bitter Fruit is a new work by Sean Owens, who also stars as a literal child killer: a little girl (Owens’ does his best 6′-tall pigtail-drag) whose blood runs cold and temper flares hot. The cast will bring scripts in hand (that’s how fresh it is) to make sure that

Again, I should say that The Bitter Fruit is nothing like The Evil Root, The Dad Bees, The Bald Seal, The Rad Reed or any other similarly structured Article Adjective Noun titled work authored by some other person with lawyers. This is a very special reading of this new work, compelled by circumstance and fuelled by stubborn genius. See the Dabs, and you will believe a little girl can kill.

The plays are playing as double features (two each night) Fri-Sun, for two weeks only, at The EXIT Theater in downtown SF beginning Friday the 13th of June. Killer, no? 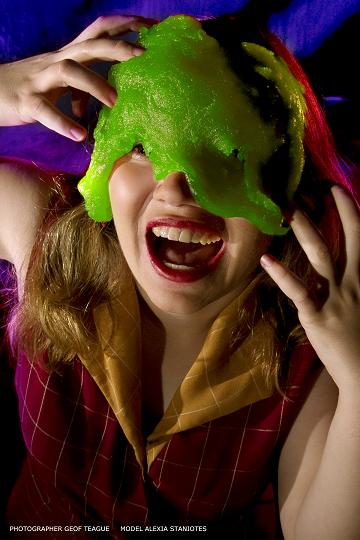