Kansas City-based Martin Manley (1953-2013), a former Kansas City Star sports journalist, committed suicide on the morning of his 60th birthday Thursday out in front of the Overland Park Police Department. Right after Martin died, his website MartinManleyLifeAndDeath.com went live, which included an explanation of why he came to this decision and many detailed write-ups about different aspects of his life.

I decided to end my life on August 15, 2013. Why that date? Because it’s my 60th birthday. Other than that, it’s arbitrary. But, I just heard a report about people being more likely to die on their birthday and it made a certain amount of sense to me – the perfect closure. 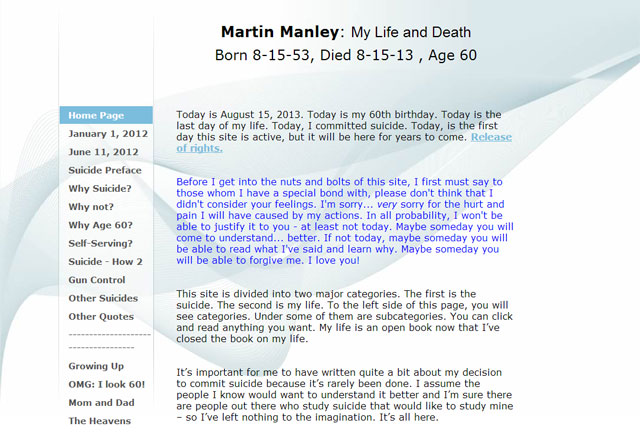