The wonderfully talented performer Jonathan Coulton has thoroughly embraced his 1970s with his new album Some Guys. On this tribute album, Coulton recreates some of the most iconic soft rock songs that came out at that time, covering each song as it was played in its original form. Coulton explains that with current events being the way they are, he’s found solace in these comforting songs from his childhood.

The last couple of years the world has gotten pretty hard and mean, and I found myself listening to all this music again. ….now that I’m in my late 40s, I feel like it’s safe to come out as a soft rock lover. (Hello, I’m Jonathan, and I like Dan Fogelberg.) Lately, I’ve been listening to this kind of music a lot, rediscovering all my old friends, and I couldn’t shake the idea that it would be a lot of fun to just kind of make them again. I didn’t want to do new versions, I wanted to just rebuild the originals from the ground up. I wanted to live inside these songs for a while. I can tell you it felt very warm and cozy in there.

The album hilariously features artwork similar to that of the Rolling Stones album Some Girls and Coulton is raising funds through Kickstarter in order to make the album available digitally, on CD and of course, on vinyl.

I’ve already paid for all the recording expenses, including the services of my extremely talented producer Christian Cassan, all the musicians (real strings! real horns!), and the post production (and I don’t know, office overhead? How does business work?). All of that is on me, and it is my pleasure. Design and manufacture for all the CDs and vinyl will cost about $20,000. I figure, you guys pay for that and we’ll call it even.

He won't say as much, but I'm sure @jimboggia would want me to tell you that he played guitar on "Alone Again (Naturally)" and "If You Could Read My Mind," because they were too hard for me. He is amazing. Takes forever to tune though.https://t.co/Qwh4rsmPhF 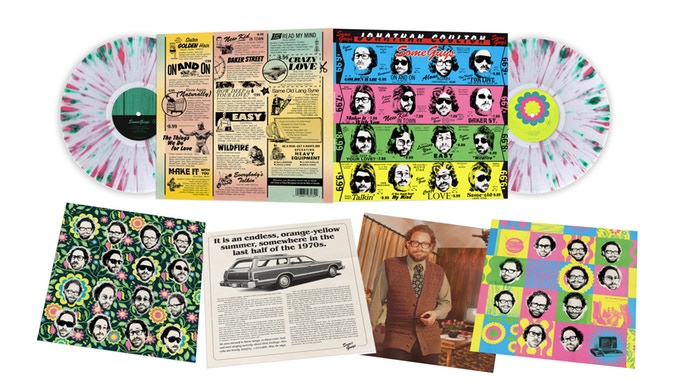 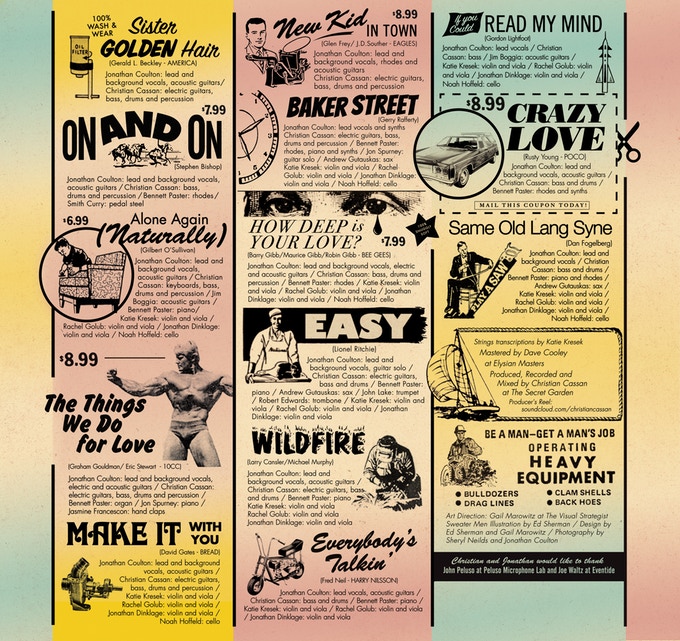