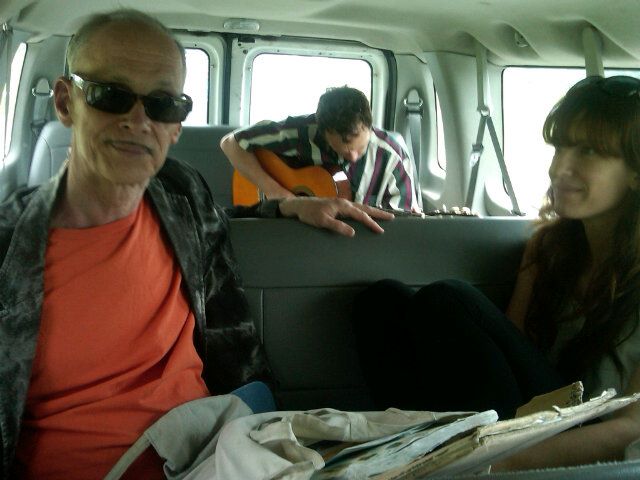 The Baltimore Sun is reporting that cult filmmaker John Waters was picked up hitchhiking in Ohio by indie band, Here We Go Magic. Their tweet announcing it read: “Just picked up John Waters hitchhiking in the middle of Ohio.. No joke. Waters in the van.” Waters, who is apparently hitchhiking cross-country, spent six hours with the band during which he bought them all lunch.

DCist has the full story from the band:

Now what do you say to conspiracy theorists who think that John Waters is a huge fan of Here We Go Magic, and this was just orchestrated as a publicity stunt to promote the band?

[Laughs] Wow. That would…I’d be completely awed. I would push that story, I wouldn’t mind at all! But the truth is we actually picked him up hitchhiking. It was a complete and utter coincident.
So what happened once the car pulls up alongside him and he gets in the van? We pulled up and we saw him and everyone went, “That’s definitely John Waters.” We opened the door and I said, “Hello how you doing? Where ya coming from?” And he said Baltimore. We were like, “Uh huh,” totally knowing that he was from Baltimore. So we said, “Come on in!” He got in the van and he got all tangled up in the seat belt, it was really adorable. That was the first thing that happened. We’re traveling in a van and there are all these seat belts that block your way. You know, the ones that go from the side to the seats in the middle.

So he was totally tangled and he didn’t even remove himself. He just sort of sat down, entrenched in seat belts. He was a perfect gentlemen. We addressed the fact that we knew it was John Waters and he very calmly accepted that information. It sort of rolls on from there. The shock of the event wore off pretty quickly in exchange for the warmth and the kindness and cleverness of this human being that’s now sitting next to you. He became a human being very quickly. He answered every single question and he was even a little shy about photos. Finally it was like, “My mom wants a picture” and “Do you mind if I Tweet this” and he was fine with it. We were like, “What on earth are you doing this for?” He was like, “I have a lot of control in my life and I just wanted to let go of the reins a little bit, have an adventure.” He’s such a true artist and it’s so cool! 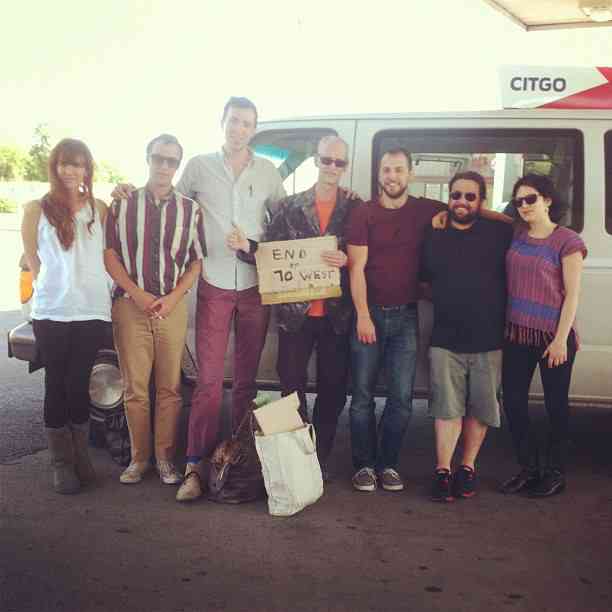 A sad parting. Best of luck Mr. Waters! Wish I could put u in my pocket.

images via Here We Go Magic