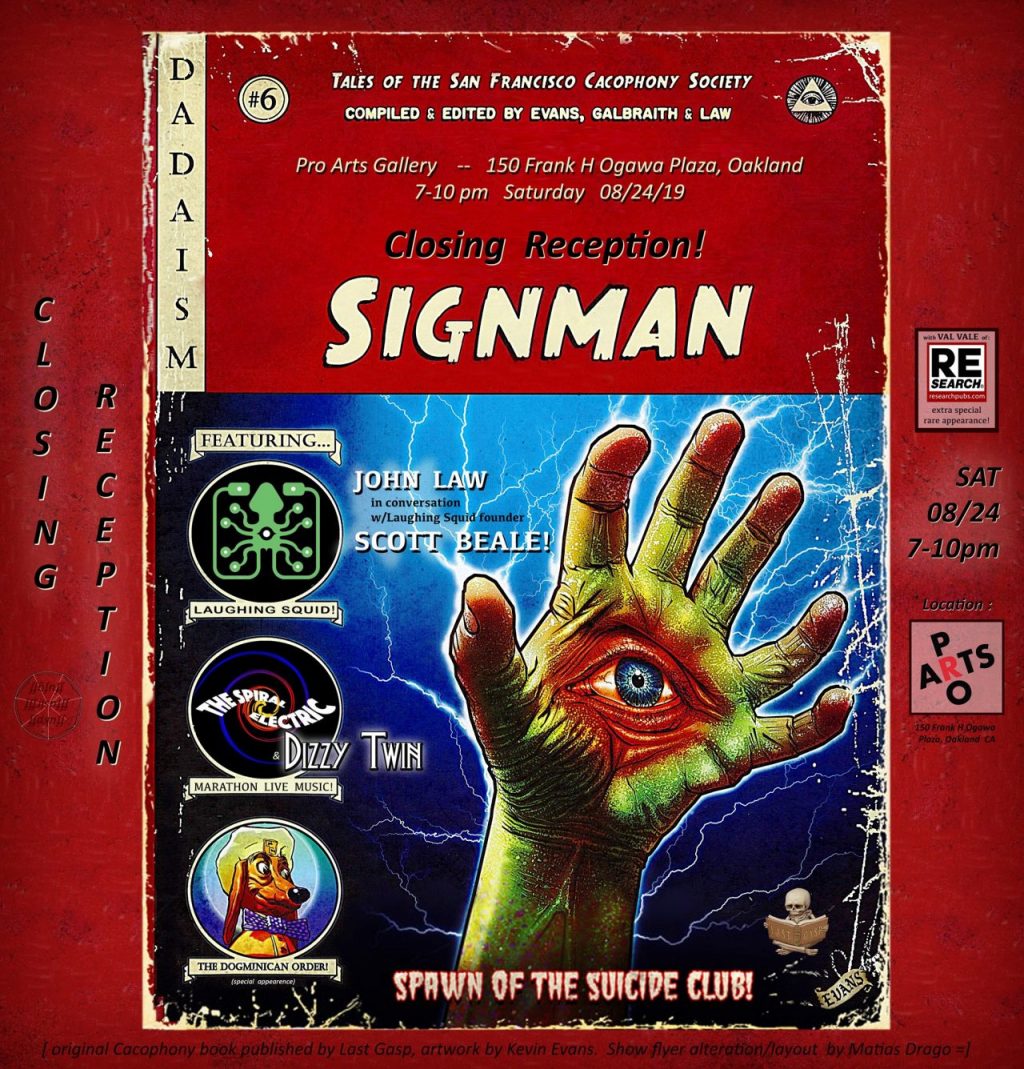 This three-month long show is concluding with a closing reception at Pro Arts Gallery & Commons in Oakland, California on August 24. Tickets for the closing show are available through Eventbrite.

The closing reception will feature a talk between John Law and Laughing Squid founder and primary tentacle Scott Beale, followed by live performances from The Spiral Electric and Dizzy Twin. The closing will also feature V. Vale, founder of the legendary RE/Search Publications, plus the Doggie Diner Heads.

An early adopter of Internet based communication and social media; Scott Beale was a primary figure in exposing the San Francisco’s artists & pranksters to the web. Long before Facebook, Scott’s “The Squid List” was how those interested in the SF underground found the most intriguing events, openings, shows, as well as other creative folks. …Beale and Law will discuss the interplay between and influence of the San Francisco underground on the nascent computer/internet/ social media world of the 90’s in The Bay Area.

Many pieces of John Law’s artwork, including the wonderful “Fun” neon sign, are available for purchase.