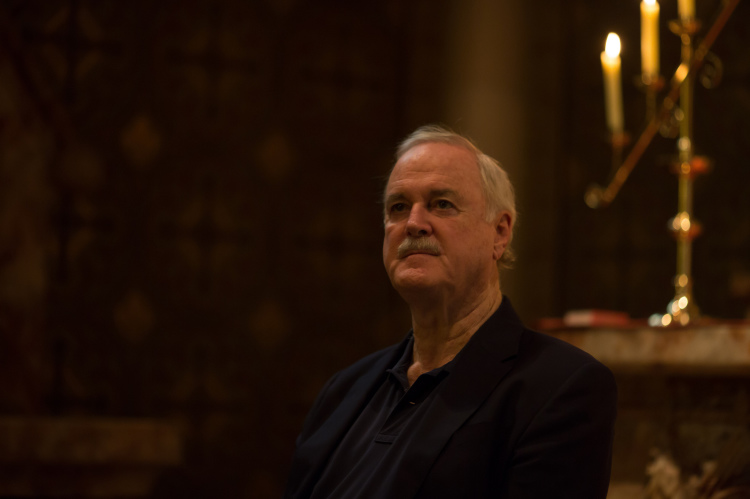 John Cleese appeared on a recent episode of the radio show and podcast Bullseye With Jesse Thorn to discuss his new memoir So, Anyway…, his early comedy career, and even his collection of stuffed animals. The same comedy star-studded episode features an interview with Chris Rock about his career and the new film Top Five, and Comedy Bang! Bang! host Scott Aukerman talking about why he wishes he had made the classic David Lynch television series Twin Peaks (previously).

Host Jesse Thorn also shares his recommendation for the Amazon original series Transparent, which he cites as a rare example of a show that has “people acting like real people.”