Comedian Glen Tickle (previously), who is also a former Laughing Squid blogger, has created Jerk! The Magazine, a humorous magazine that allows people to anonymously inform someone they don’t like that they’re a jerk. Just send money to Tickle and he will send a magazine to said jerk.

Jerk! The Magazine is a magazine for jerks that you pay us to send to someone you think is a jerk. Picture your least favorite person walking to the mailbox and finding a magazine addressed to them that also tells them what a big jerk they are. 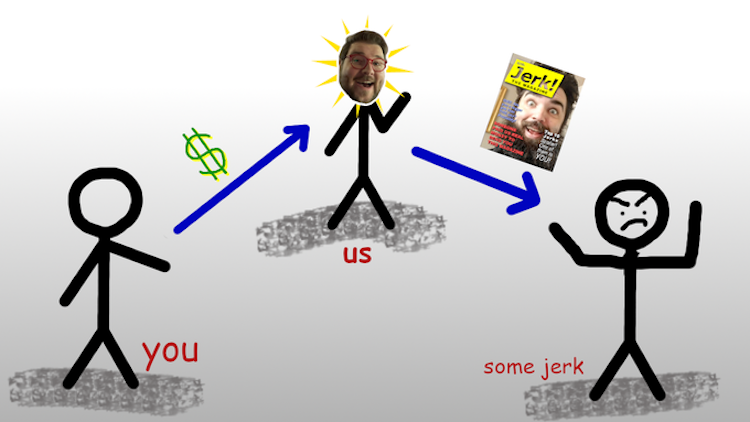 The magazine focuses on what Tickle calls “Jerk Culture”.

Jerk! The Magazine is the creation of comedian Glen Tickle who founded comedy label Circus Trapeze Records. There are a lot of people Glen thinks are jerks, and he wanted a way to tell them that they’re jerks, but he also wanted to do it in arguably the most complicated way possible. So he’s creating an entire magazine dedicated to jerks and jerk culture.

Tickle is raising funds through Kickstarter in order to cover the cost of printing and shipping.

What better time to launch a print magazine than in the middle of global pandemic where the government is trying to dismantle the Post Office? …Our initial goal of $500 will allow us to produce one issue of the magazine. That money will cover the cost of printing and shipping the magazine, as well as helping to pay contributors and artists for their work. 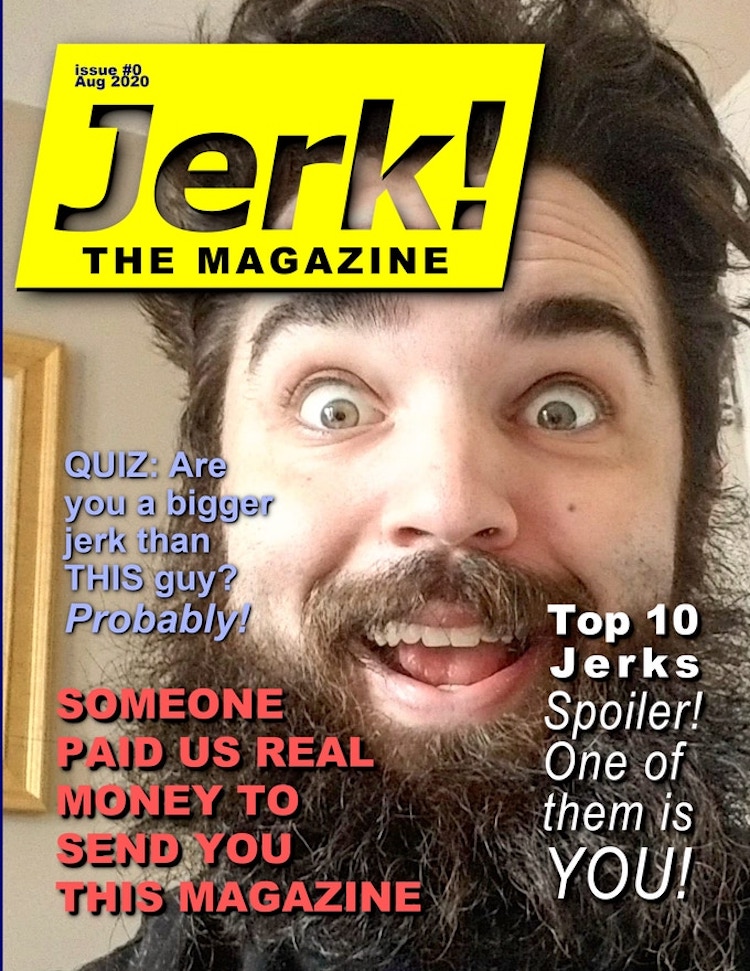