In “Jedi Kitten with the Force,” by Californian filmmakers Zach King and Aaron B of Final Cut King, a cute little kitten named Gatsby uses and abuses his Star Wars inspired force powers. It is a follow-up to the Final Cut King’s “Jedi Kittens” and “Jedi Kittens Strike Back” videos that we previously posted.

This Jedi Cat has got the Force! 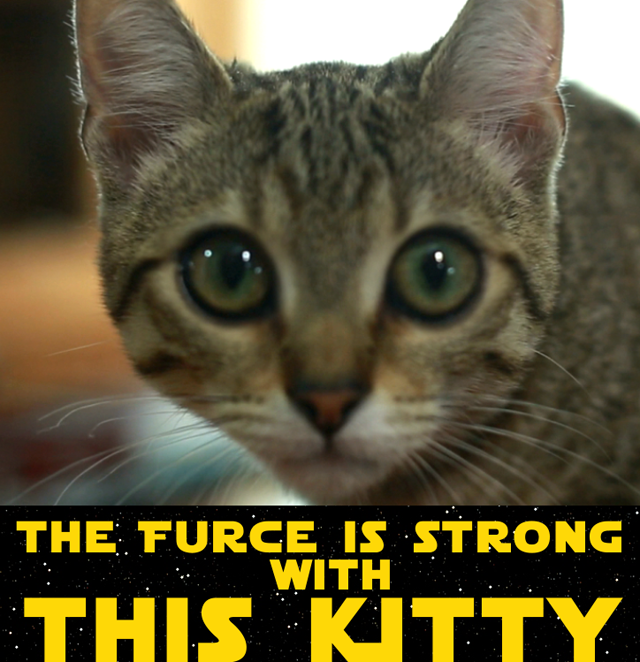