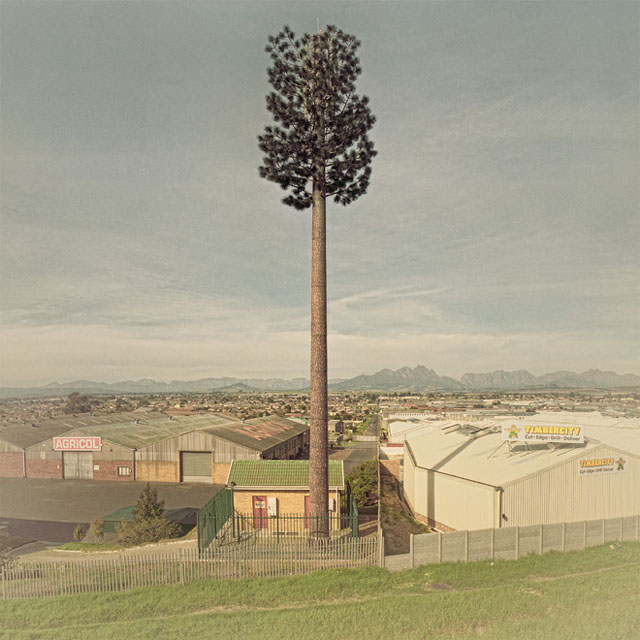 “Invasive Species” by photographer Dillon Marsh is a photo series of cell towers in South Africa that are disguised as trees (with varying degrees of success). The practice of concealing cell towers is not a new one: the world’s first artificial palm tree cell tower, known in the industry as a “Monopalm,” sprouted near Cape Town in 1996. An American company, Larson Camouflage, boasts of building the first “Mono-Pine” in 1992. Cell towers have also been concealed as flagpoles, cactuses, and church crosses. 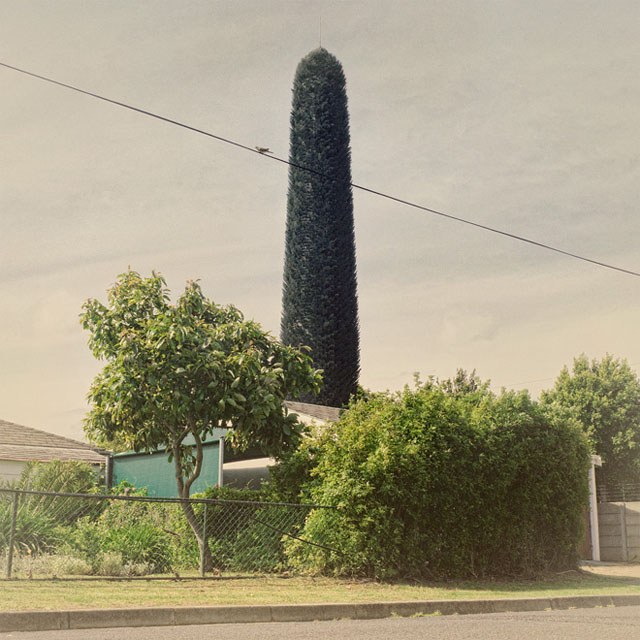 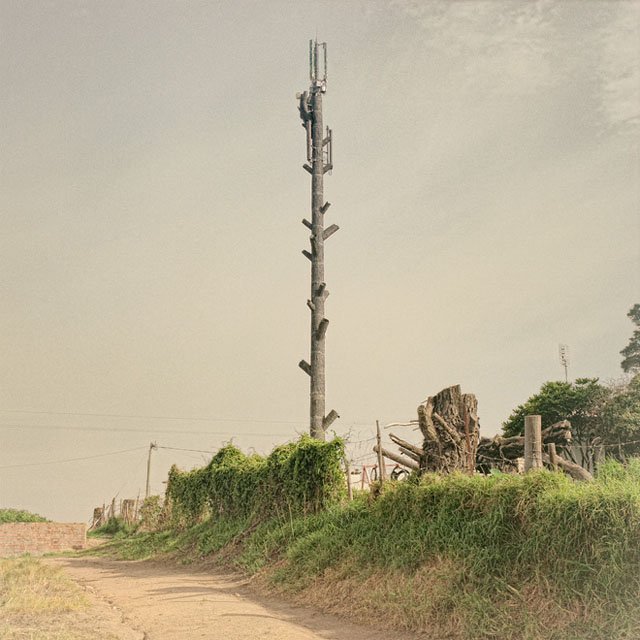 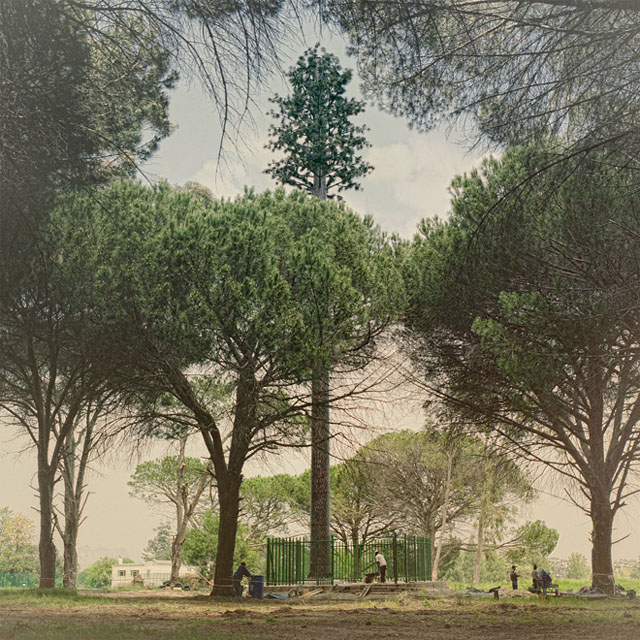 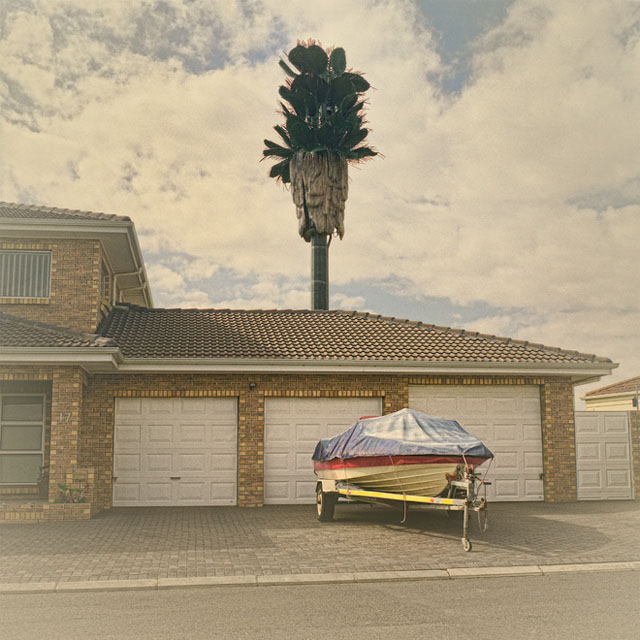 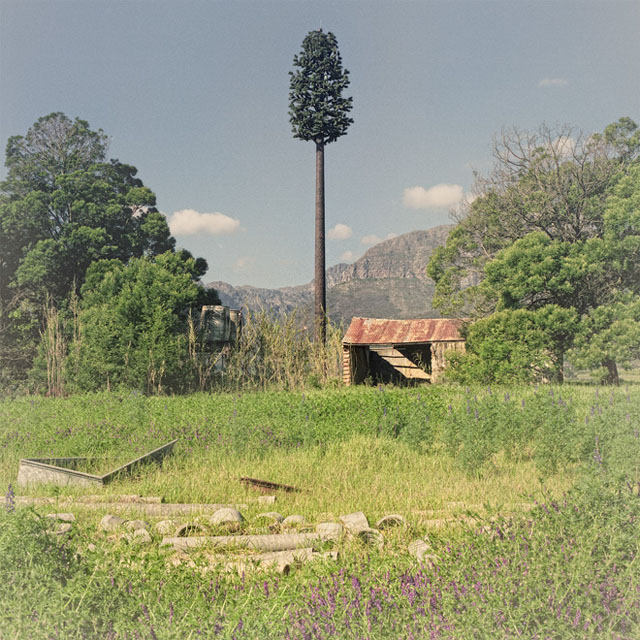