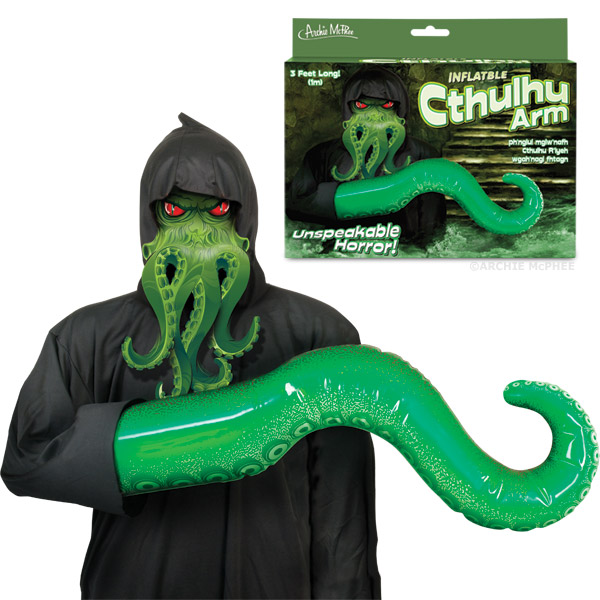 Archie McPhee’s Inflatable Cthulhu Arm is a giant wearable tentacle that fits over your hand so you can pretend that you’re turning into Cthulhu, the “unspeakable horror from beyond space.” It would also be great if you want to costume up as the Laughing Squid logo, kind of like Dan’l did with their Cthulhu tentacles (but, of course, on a much larger scale). The also carry a less menacing version, the Inflatable Tentacle Arm.

Cthulhu is a mythical dark god from another dimension that every nerd knows about…good for squid costumes and having tentacle fights with your pals.