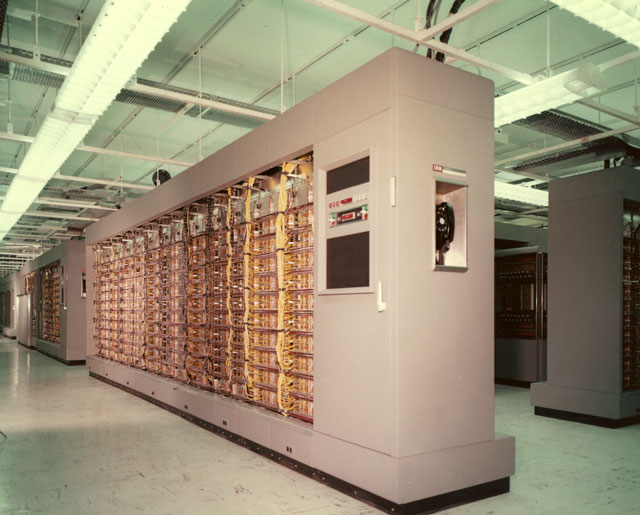 This 1960 IBM ad touts the capabilities of SAGE, a massive Cold War-era automated system for tracking and destroying incoming enemy bombers. The heart of the system was the IBM AN/FSQ-7 computer, which at 275 tons is still the world’s largest computer. Each computer had 55,000 vacuum tubes, required a half acre of floor space, and operated on punch cards. There were 52 AN/FSQ-7 computers around the country. SAGE was retired in the early 1980s. Here are photos Scott Beale shot in 2006 of the SAGE on display at Computer History Museum in Mountain View, CA.

video via chiklit, photo via MITRE