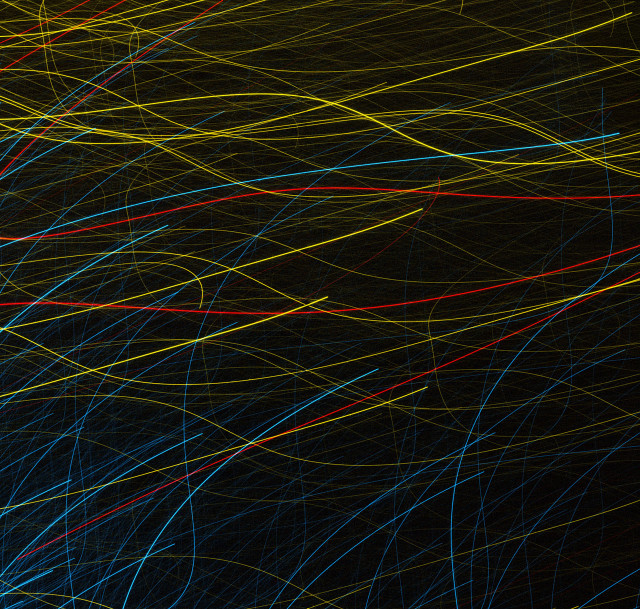 In this image taken by the Hubble Space Telescope and released by the European Space Agency, the telescope appears to have created some kind of modern art by accident. It’s believed that Hubble’s tracking system, which uses a guide star to compensate for gyroscopic drift in order to take images, accidentally locked onto something like a binary star, thus causing the bright streaks.

It is suspected that in this case, Hubble had locked onto a bad guide star, potentially a double star or binary. This caused an error in the tracking system, resulting in this remarkable picture of brightly coloured stellar streaks. The prominent red streaks are from stars in the globular cluster NGC 288. It seems that even when Hubble makes a mistake, it can still kick-start our imagination.