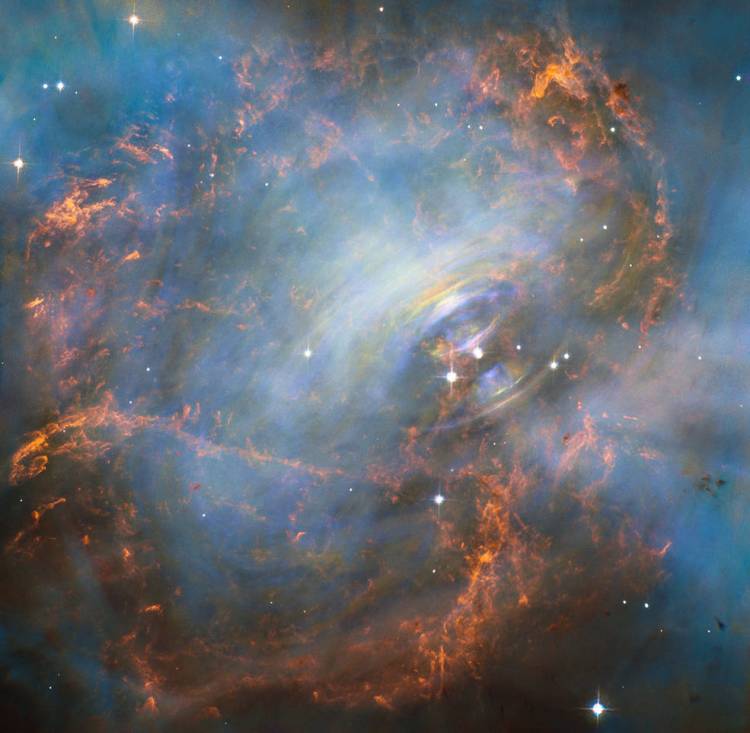 The Hubble Space Telescope has captured a stunning image of the pulsating neutron star at the heart of the Crab Nebula. The neutron star is incredibly dense, fitting a mass similar to the sun into an area just a few miles across, and it spins 30 times per second.

The NASA Hubble Space Telescope snapshot is centered on the region around the neutron star (the rightmost of the two bright stars near the center of this image) and the expanding, tattered, filamentary debris surrounding it. Hubble’s sharp view captures the intricate details of glowing gas, shown in red, that forms a swirling medley of cavities and filaments. Inside this shell is a ghostly blue glow that is radiation given off by electrons spiraling at nearly the speed of light in the powerful magnetic field around the crushed stellar core.