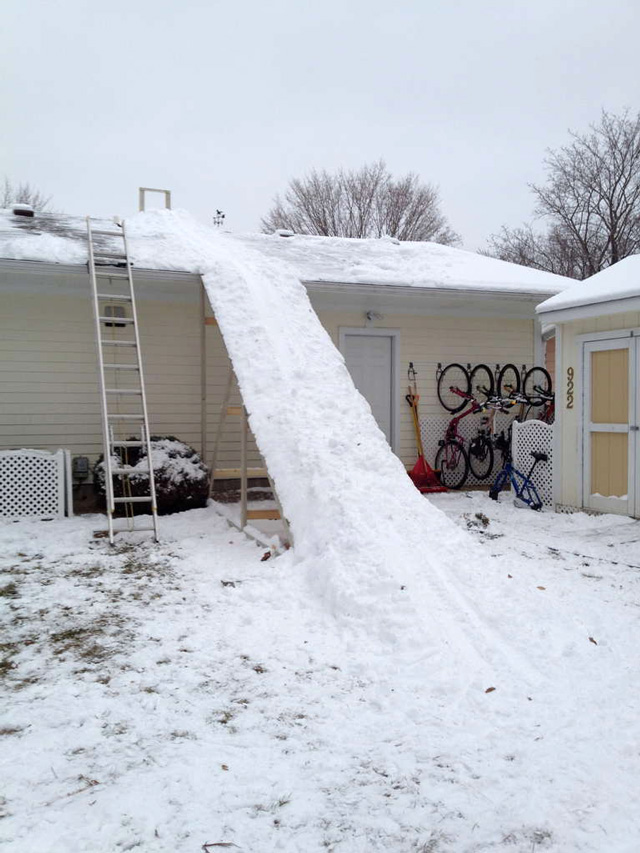 This is the Giant Snow Ramp version 2. Since last year where I live we got record snowfalls so we had tons of snow to work with and was able to build up a ramp purely out of snow… So this year I’m not expecting to have that much snow so to continue to ski off my roof I decided that I would build most of the ramp out of wood and build a frame. Although this version of the Giant Snow Ramp isn’t free it does take away lots of the labor involved with piling up two tons of snow.

Don’t be dumb and use common sense your going to be skiing off a roof. 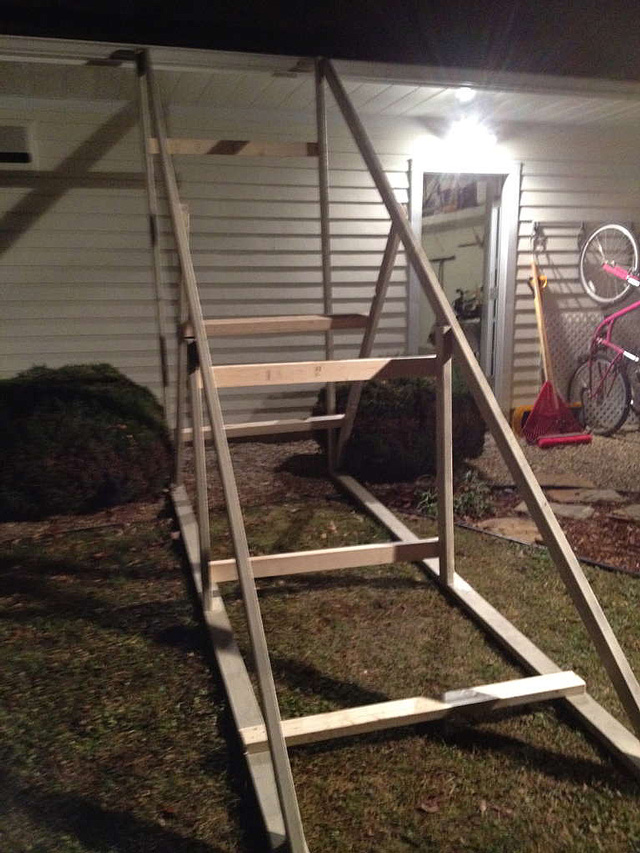