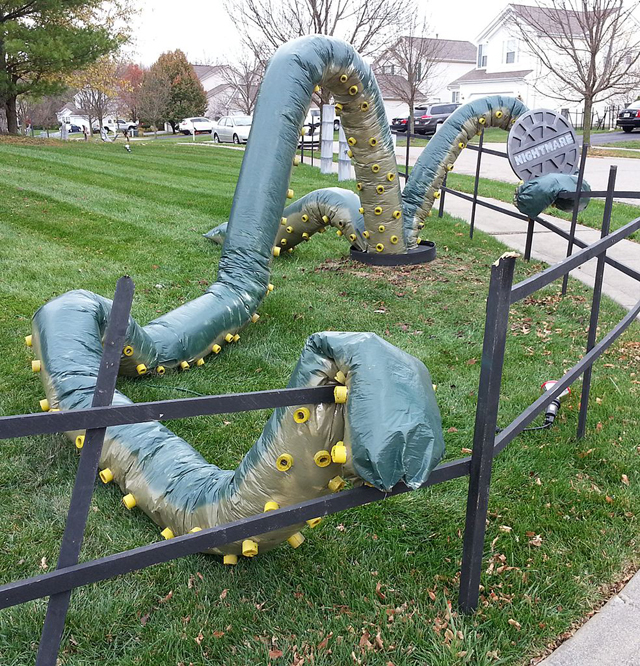 On Instructables, web developer, gamer and DIY creator flaming_pele! shows how to build a giant tentacle monster that went along with his “End of the World” Halloween party theme this year. The idea to build a 6 foot tall and 30 foot across tentacle monster emerging from the sewers when he thought about the manhole cover at the corner of his yard. 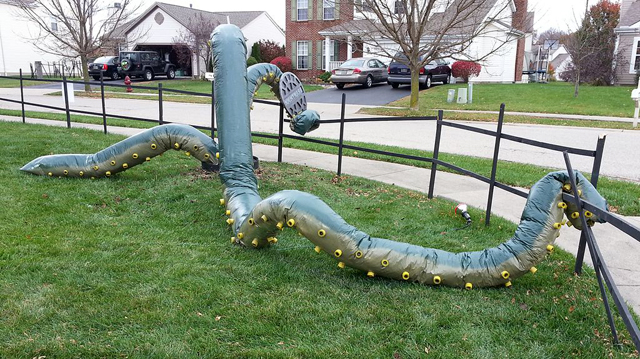 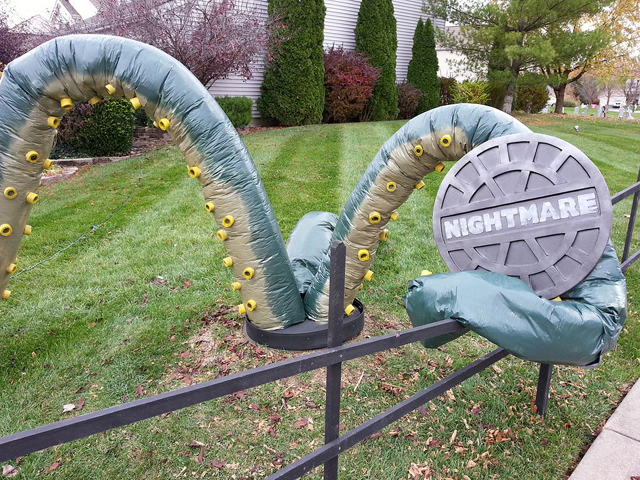