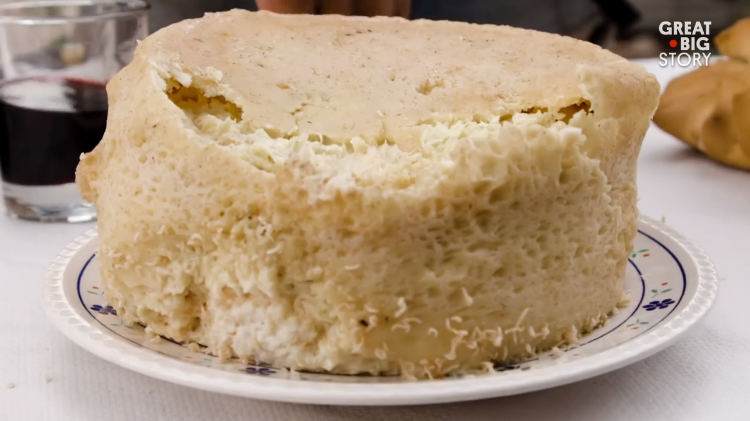 A mephitic episode of the Great Big Story series Flavors takes a look at how the “most dangerous cheese in the world” is made. This rare Sardinian cheese, called “casu marzu” (literally: rotten cheese), starts with a sheep’s milk pecorino base which is fermented with larvae from the aptly named cheese fly.

The larvae then hatch into maggots that digest the fat from the cheese, making the texture soft and creamy. The only caveat is that the cheese must be eaten while the maggots are alive. Once they die off, it is believed that the cheese becomes inedible.

What starts off as a regular wheel of pecorino is then visited by cheese flies that lay their eggs inside, giving the formaggio its signature zing. But, with a nickname like “the world’s most dangerous cheese,” you can be sure that along with the cheese comes some risky business. Still, a handful of artisans continue to produce the traditional cheese, cementing its status in Sardinian culture.