On a recent episode of Cat Mojo, host and cat behaviorist Jackson Galaxy had a conversation with the incredibly internet-famous cat Li’l Bub and her human, Mike. The conversation between Jackson and Mike mostly focused around taking care of a cat with special needs (of which Li’l Bub is one), the relationship he has Li’l Bub and have and how they found each other.

Of all my cats, Bub is the one of the only ones who was not in a shelter. She was feral, she was born feral locally and my friend’s mom found her as a probably a one-week old kitten, a newborn with her litter mates. Bub was the only one who had any genetic weirdness (laugh) or as I like to say, magic powers. So she was the only one with magic powers but she couldn’t nurse because of her oddly shaped mouth and this woman basically bottle fed her and took care of her. No one wanted to adopt her because a – she was so small, she was half a pound at two months old…people were scared that she would cost a lot of money and/or it would be a heartbreaking experience. I saw her as the most remarkable little animal I’d ever seen…I just found the perfect cat for me. 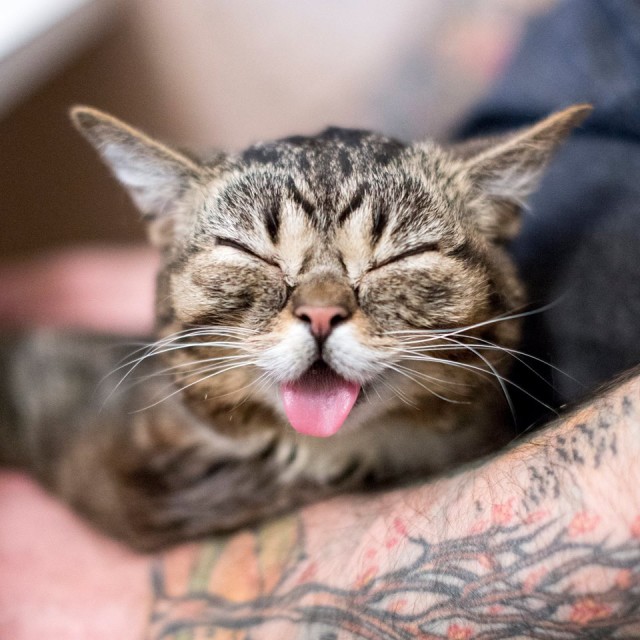