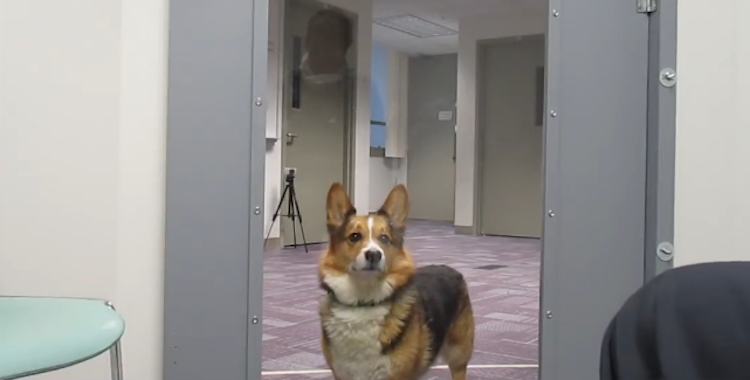 Animal behaviorists Julia E. Meyers-Manor, Emily M. Sanford and Emma R. Burt conducted a fascinating experiment in which individual humans sat in a room with a clear door that could be easily pushed open. Each of the humans pretended to be in distress in full view of their respective dogs to see how they would react. Some of the dogs were able to figure out how to get in, while others became so anxious that they whined, paced and/or circled the room. Either way, each of the dogs responded in some fashion, positing that dogs really can show empathy.

About half of them opened the door for their owners, and the numbers were the same whether the owners were humming a happy tune or crying. On the other hand, the dogs that did open the door did so much more quickly for crying owners than they did for humming owners. So maybe they really do care.