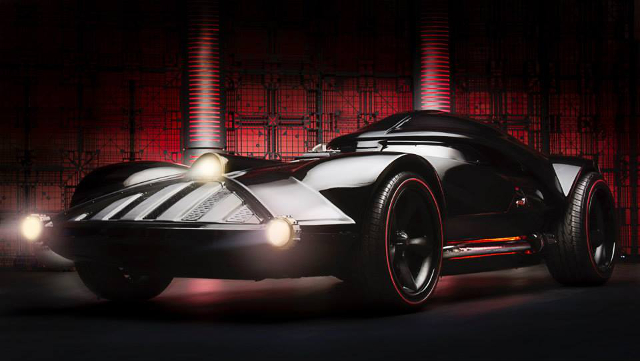 Hot Wheels and Star Wars recently joined forces to make a full-size car that resembles the look of the iconic helmet worn by Darth Vader. The fully functional car, created by PCW Brands and Hot Wheels designer Bryan Benedict, is covered with impressive Star Wars details: red lightsaber side pipes, a Vader mask grill, and custom seats made out of fabric that looks similar to what Vader wears.

The Darth Vader car was built and unveiled at San Diego Comic-Con 2014 to help promote Hot Wheel’s upcoming series of five matchbox character cars that will be available in stores this October.

One would imagine the cool villain as a very menacing hot rod. With a Chevrolet Corvette chassis, this sleek car can go up to the speed of 150 mph. It uses a tuned LS3 V8 to send 526 horsepower to the rear wheels and has a backlit, side-exit exhaust system. The horsepower is strong with this one!

As fans of Star Wars, we wanted to put in as much detail as possible. Of course, this entire build would not feel complete without the sound of Vader’s famous breathing and the sound of light sabers. It comes with its own lightsaber side pipes, just in case the Sith Lord might need it, and it lights up red! 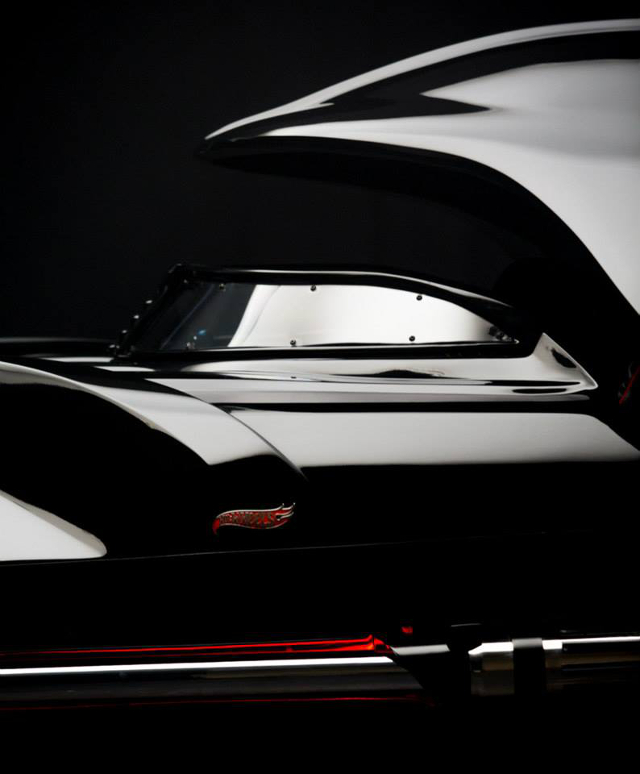 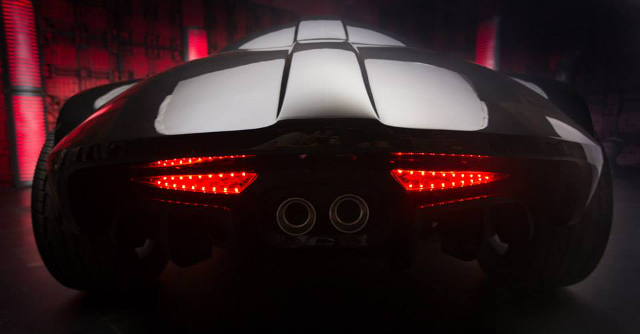 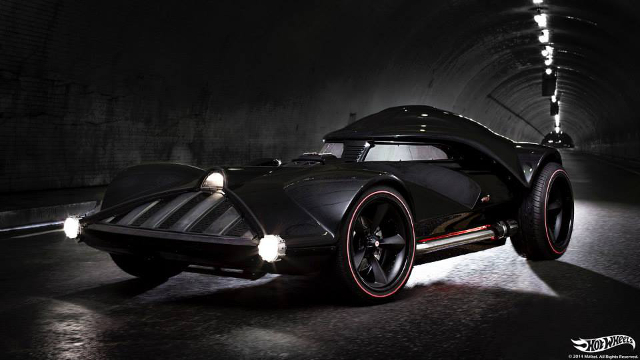 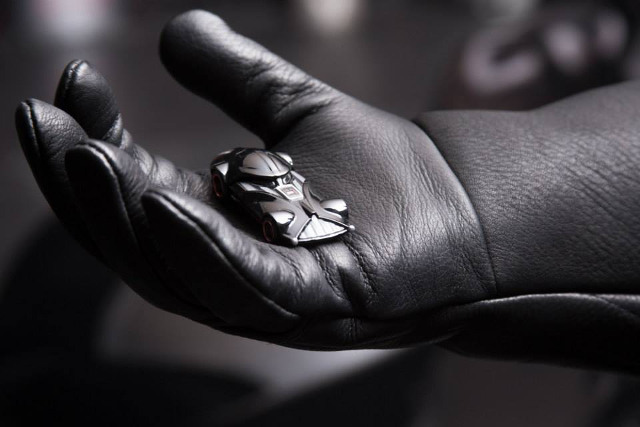 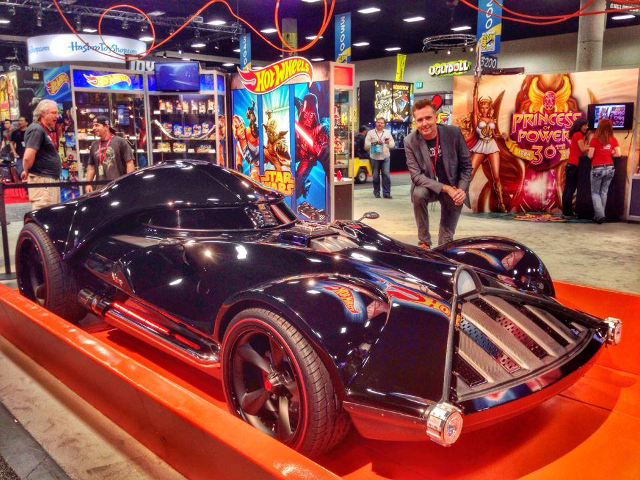 via Car and Driver Blog