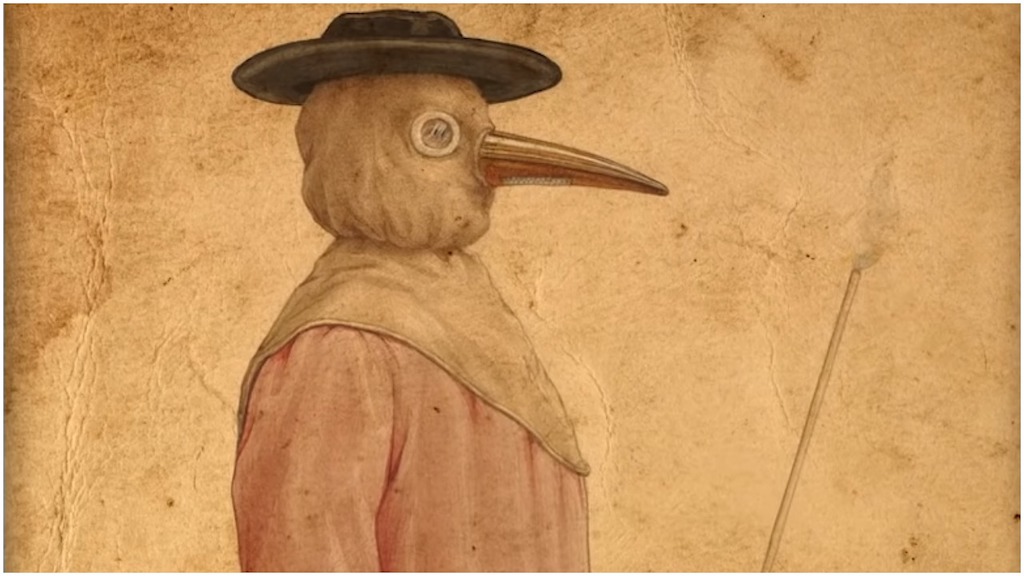 In a peckish episode of the Today I Found Out (previously), host Simon Whistler explains why doctors of centuries past wore rather creepy looking masks that quite remarkably resembled a bird’s beak. As it turns out, this specific design was to keep the undesired fluids of a plague patient far away from the physician. Additionally, the beak was often stuffed with such fragrant herbs as camphor or lavender, so as to keep the odors of disease away. The beak was only part of a distinctive costume that doctors wore that also included a brimmed hat, flowing outer garment, gloves, boots, and a walking stick. Suffering patients could definitely see the doctor coming from far away.

It was not made to purposefully scare a patient but as a buffer zone around the nose filled with various things that contained pleasant aromas. Noteworthy here is that beyond the buffer created by the beak it was quite common that doctors were carrying rods to ensure a minimum distance from the patients or even to fend them off if they were getting a bit too close. 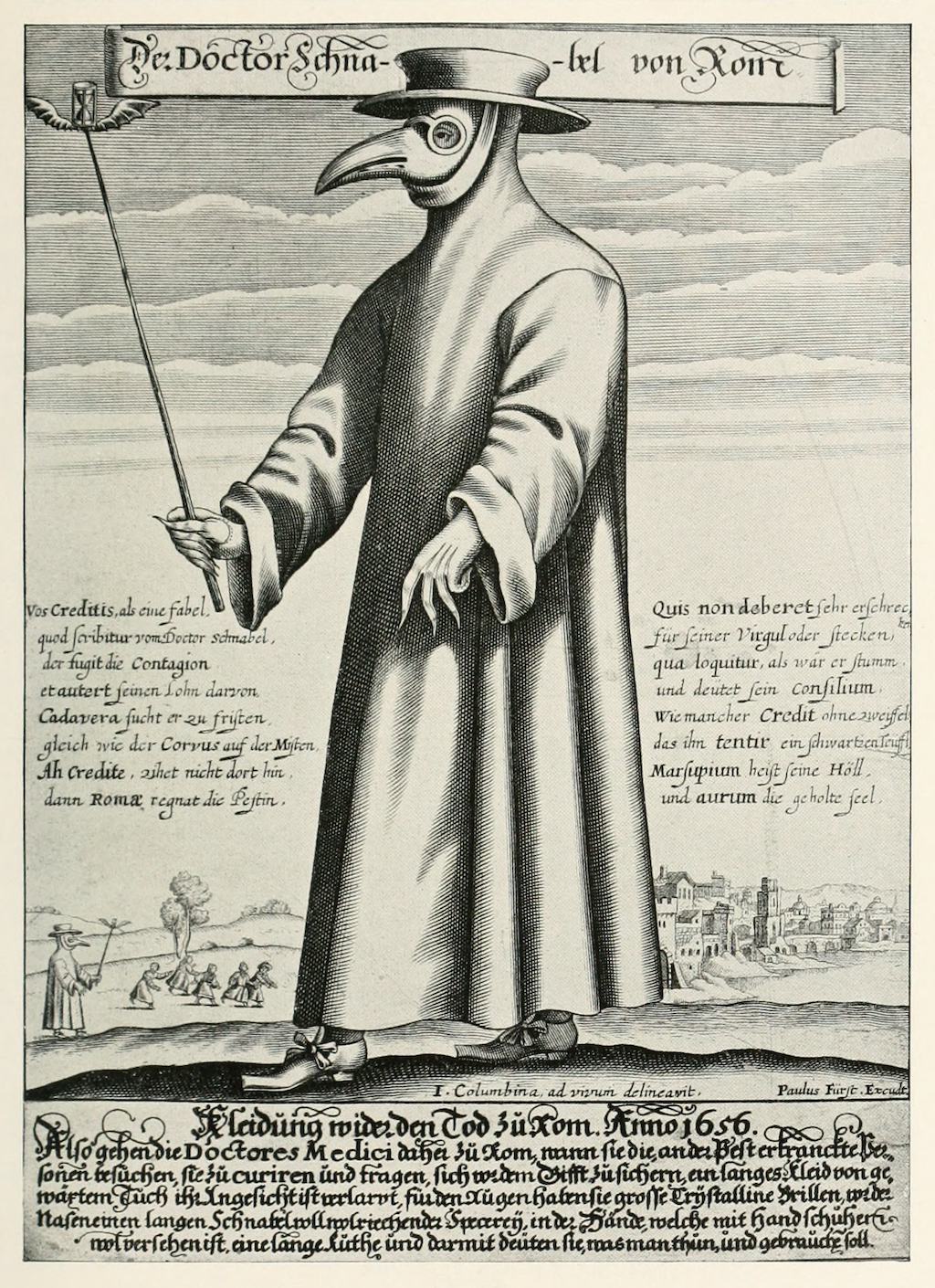