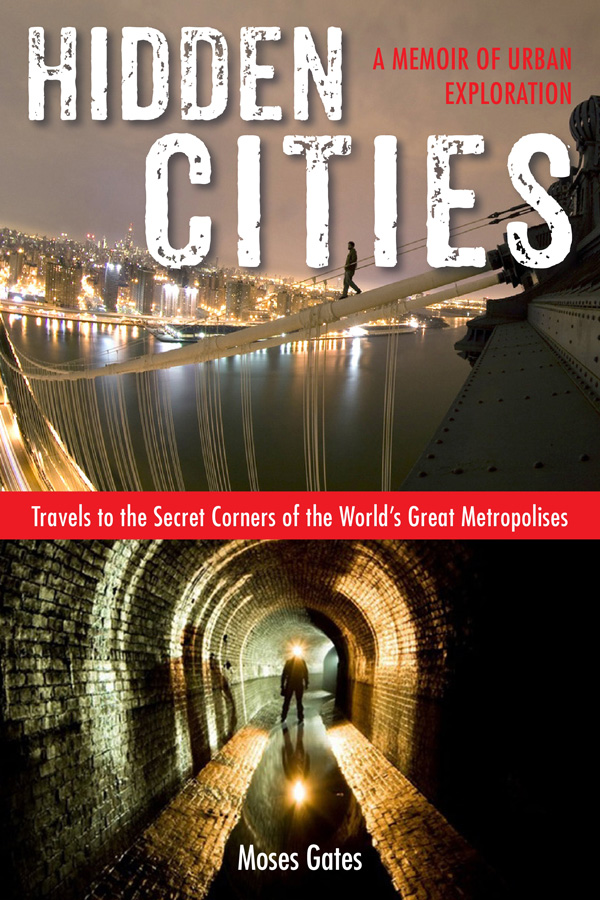 Urban explorer Moses Gates recounts 10 years of urban adventuring in Hidden Cities: Travels to the Secret Corners of the World’s Great Metropolises. The memoir follows Gates’ journey into urban exploration, from his start in the subways of New York City to his expeditions in the catacombs of Paris and beyond. The book is available on Amazon.

Gates is a new breed of adventurer for the 21st century. He thrives on the thrill of seeing what others do not see, let alone even know exists. It all began quite innocuously. After moving to New York City and pursuing graduate studies in Urban Planning, he began unearthing hidden facets of the city—abandoned structures, disused subway stops, incredible rooftop views that belonged to cordoned-off buildings. At first it was about satiating a nagging curiosity; yet the more he experienced and saw, the more his thirst for adventure grew, eventually leading him abroad. In this memoir of his experiences, Gates details his travels through underground canals, sewers, subways, and crypts, in metropolises spanning four continents.