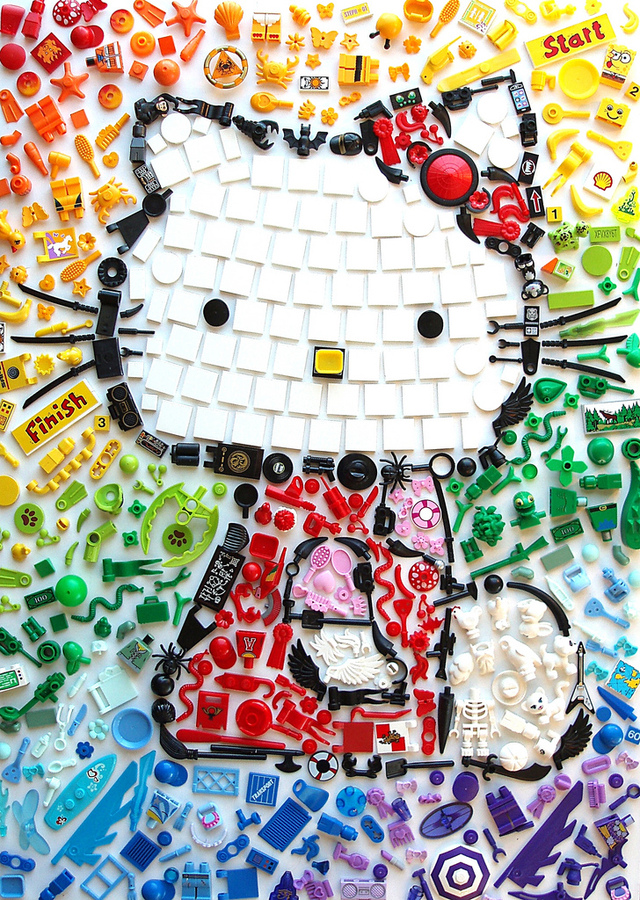 Katie Walker has created this colorful Hello Kitty mosaic using LEGO accessories as a fun I Spy game for her kids. She wrote the following clues to go with the picture:

I spy a sponge and a carton of juice,
A fairy’s wings and a moose on the loose;
A surfboard, two radios, and notes from a lab,
A monkey, a turtle, a clam and two crabs.

I spy a skeleton missing his head,
A hot dog, a hook, and a quiver that’s red;
A lizard man’s face, a horse and two drills,
A sea monster’s hair and two hundred dollar bills.

I spy a beard and two topless carrots,
A chicken, an arrow, and a couple of parrots;
A scorpion, an owl, a map and a sun,
Both Start and a Finish, and now the game’s done.