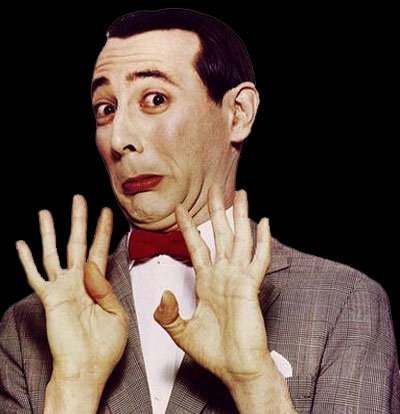 The Pee-wee Herman Show is returning to it’s roots as a live stage show for a limited engagement starting November 8th at The Music Box @ Fonda in Hollywood.

Let the fun begin! Pee-wee Herman is inviting you – and all your friends – back to Puppetland. Come join Pee-wee, Miss Yvonne, Cowboy Curtis, Jambi, Chairry and all your favorites, live on stage.

Re-imagined, re-invented, and nuttier than ever, “The Pee-wee Herman Show” will be LA’s theatrical event of 2009, with its live-action cast and puppets galore!